England Test captain Joe Root expects ‘talks in the near future’ about players taking pay cuts of up to £200,000 because of the coronavirus pandemic

England’s star cricketers have been nonplussed by reports that they will be expected to take pay cuts of up to £200,000 as the game repositions its finances because of the coronavirus.

It is understood formal negotiations have yet to take place about the possibility of lower wages, despite an ECB source telling one newspaper over the weekend that ‘the game needs to pull together at this time. We believe the players realise the bigger picture.’

Asked whether he expected his salary – around £1m a year, including win bonuses – to take a hit, England Test captain Joe Root said: ‘I’m sure at some point in the coming weeks there will be a discussion. 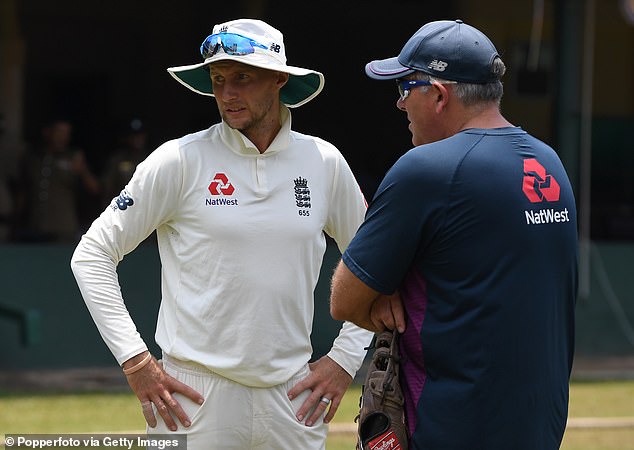 ‘I’m also aware they are discussions that will take place between the PCA and the ECB. Until that happens, that’s not my area of expertise.’

The ECB are this week expecting to unveil financial plans for tackling the crisis, with the aim of safeguarding cricket at all levels.

With reserves falling drastically from £73m in 2015-16, that could involve redistributing funds from other areas of the game to ensure all 18 first-class counties stay afloat.