In the third of his articles analysing four of the British Classics, Daily Mail pundit, Britain’s No 1 tipster, SAM TURNER (Robin Goodfellow) discusses half a dozen of the home contingent which could line up for the Derby that could be run some time during July in provisional plans being drawn up by the Resumption of Racing Group.

After a number of seasons compiling a very competitive string, this appeared likely to be a breakthrough campaign for Richard Hughes.

With the likes of promising colt Brentford Hope among his armoury, the affable Irish trainer has a contender for some of the more prestigious middle-distance contests likely to be run this season. 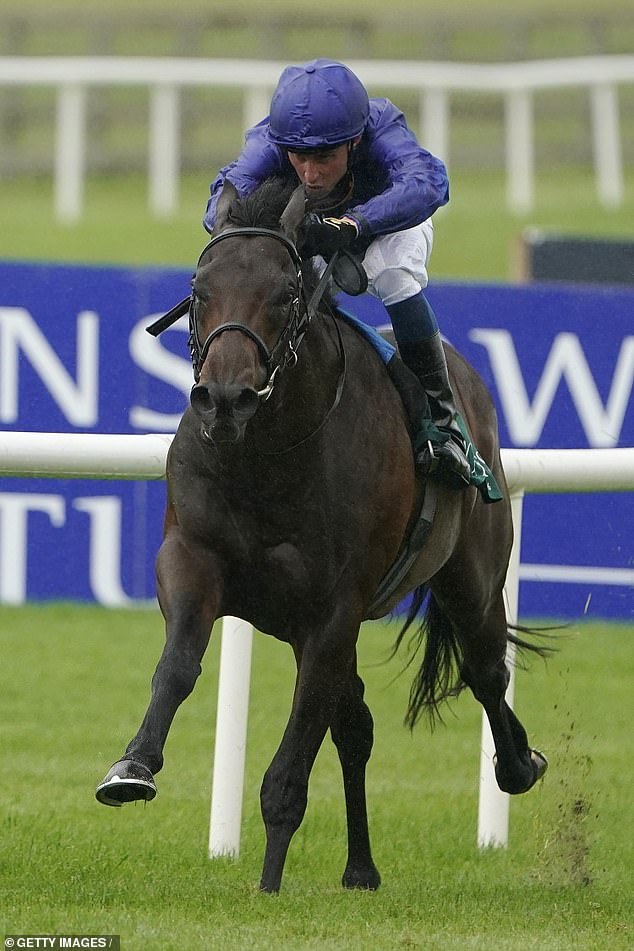 The manner of his Newmarket victory on debut, when steadily backed, was emphatic and highly impressive and the son of Camelot looks an extremely exciting prospect given he appears to possess the perfect blend of pace with the capability of staying well.

In recent years, trainer John Gosden has been happy to unveil some of his premier equine talent on the all-weather – star filly Enable and Derby runner-up Jack Hobbs to name just two – so it was no surprise Cape Palace excelled on his debut at Newcastle.

Given his powerful connections and breeding (son of 2015 Derby winner Golden Horn) the market didn’t miss him and he duly dispatched a subsequent Listed winner, King Carney, by eight lengths under minimal persuasion.

His second start in a Newbury conditions race didn’t quite go to plan as he was beaten into third behind a talented colt in Tritonic, but he raced too exuberantly that day and shouldn’t be written off yet.

Given the way he left the stalls on his Leicester debut, Highest Ground could well have been renamed ‘Lost Ground’ as he must have forfeited five or six lengths exiting the gates.

To his great credit, the taking Frankel colt quickly found a rhythm mid-race, before powering to an emphatic victory under an educational ride from Ryan Moore.

In many ways, Highest Ground produced one of the most striking debut victories of the season and, given he is bred to be Pattern-race class, it will be disappointing if he can’t make an impact at that level.

Described by his trainer as a ‘big, strong horse’ and ‘a horse for next year’ after winning at Newmarket, the son of New Approach impressed in his outlook and will-to-win back at the track on his second start, seeing off the talented Al Suhail with an admirable attitude to score gamely. There is plenty of stamina in his pedigree and Military March appears to have all the correct attributes to be a live Derby contender.

Installed as ante-post favourite for the 2,000 Guineas and Derby on the back of his industrious exploits as a two-year-old, Pinatubo’s claims for the Epsom Classic appear less convincing.

Having displayed enough pace to win twice at six furlongs as a juvenile, the son of Shamardal moved seamlessly through the grades, landing the Listed Chesham Stakes at Royal Ascot before posting stunning victories at Goodwood and the Curragh.

His performance in Ireland, a nine-length demolition of Group One rivals in the National Stakes, earned Pinatubo a rating superior to the one Frankel recorded in his juvenile year and he crowned a stellar campaign with a gritty Dewhurst Stakes win in the Autumn.

Those juvenile performances confirm Pinatubo will stay a mile comfortably and, although his pedigree gives some cause for optimism that the Derby trip is within his remit, it remains to be seen if he is quite as potent over 12 furlongs.

A floodlit December novice event at Wolverhampton isn’t normally the set of circumstances associated with the unveiling of a future Derby winner but those Dunstall Park patrons that braved the chill winter air may have been rewarded with witnessing a special talent.

The half-brother to top-class Arc winner Waldgeist is impeccably bred and, for a horse blessed with size and scope, he displayed plenty of pace in completing the final two furlongs of the extended mile contest in a little over 22 seconds which is a closing sectional time normally reserved for sprinters.

Admittedly, the overall time was nothing flash, but the acceleration displayed by the son of Kingman was smart and it is worth recalling 2015 Derby runner-up Jack Hobbs made his debut in December under the floodlights at Wolverhampton six years ago.