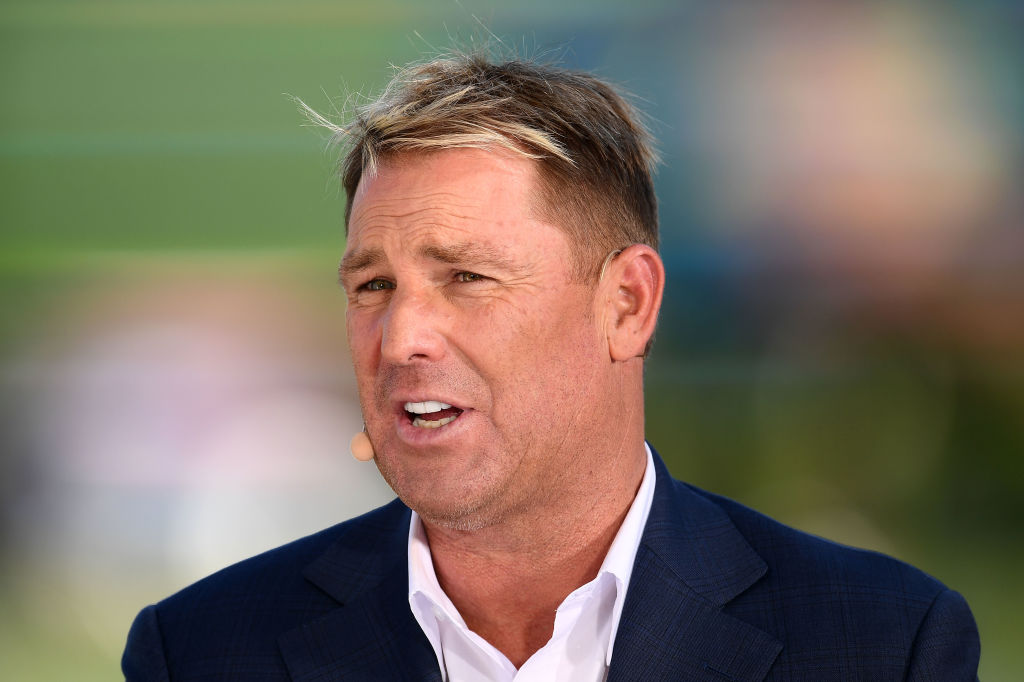 Shane Warne believes there are ‘a lot of gaps’ in Australia’s team ahead of the upcoming Ashes series against England.

Australia go into the tour as favourites after comfortably winning both of the last two series against England Down Under.

England have also had their struggles with the bat over the last year, including against the pace and reverse swing of the India bowling attack during their most recent Test series.

However, Warne doesn’t believe the upcoming Ashes will be as one-sided as many people expect, as he outlined the issues in both Australia’s batting and bowling lineups.

‘But apart from that, we’ve got [David] Warner not making a run. Who’s he going to open with? [Marnus] Labuschagne and [Steve] Smith at three and four, but who’s going to bat at five? [Cameron] Green is still a young player that looks pretty good. Paine, he’s had a shocker the last couple of years as captain, tactically he’s been very poor, lost the last two series and can’t make a run.

‘Our side’s not as great, this ‘almighty Australia’. But here’s the big thing: No one fears Australia anymore. Coming to Australia, everyone used to go ‘oh we’re going to have to be at our best to even compete’. Now they just believe they can beat Australia – every side.

‘They [Harris and Khawaja] are both ‘we hope they do ok’ if they go with them. They should be better than what they are, they’re just not scoring the runs they should be.

‘But it’s got to be one of those guys, whoever’s getting the form. Khawaja has shown a bit of early form, but it’s about form at the right time. So if Harris comes good with a couple of hundreds just before the first Test, he might get the nod.’

Meanwhile, the legendary leg-spinner also believes that England have concerns of their own going into the series.

‘I look at England and I think their batting looks really weak. But Ben Stokes, Joe Root, Jonny Bairstow, [Jos] Buttler has this form and suddenly they’re looking pretty good,’ he added.

‘Their bowlers, [Jimmy] Anderson and [Stuart] Broad haven’t done that well here in Australia, but they’ll bowl well enough. It’s who’s going to be with them … What spinner? Jack Leach with the old Kookaburra ball?

‘You’d say Australia are favourites, but given their recent form in the last few years here in Australia – we were been beaten by India’s C-team last year and we were really poor tactically – I think it’s going to be very, very close. I think it’ll be a good Ashes series.’