Home » Sports News » The Paine game: How selectors have searched for an heir apparent

Australia’s national selectors may often endure the wrath of frustrated cricket fans but they cannot be blamed for the dearth in Test captaincy candidates because several players have had a chance to stake a claim.

Selection chairman Trevor Hohns has reiterated there was no thought given to replacing Tim Paine after his second series defeat in as many attempts as skipper against India. However, Paine’s wobbles behind the stumps through the final two Tests – and inability to handle his emotions as well as he would have liked in Sydney – suggest change may not be too far off. 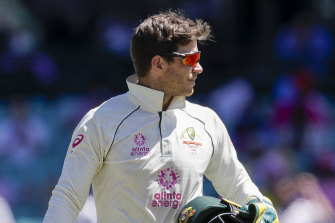 Hohns’ comments upon the release of the Test squad heading to South Africa next month suggest Paine will be the man through until the end of next summer’s home Ashes campaign, by which time he will be 37.

To do that, he needs to negotiate three Tests in South Africa – a tour likely to be tougher than many think despite the Proteas being in a rebuilding phase – and then perhaps the World Test Championship at Lord’s in June. Paine has repeatedly made it clear he wants the opportunity to be the inaugural Test Championship skipper and, should Australia qualify, it makes sense for him to then continue through until the end of Ashes. But from there a run of almost of four years may be done.

There is debate as to whether Pat Cummins, Paine’s deputy, is a serious challenger for the top job. Cummins says he could handle it, so does Geoff Lawson, the former Australian quick who was a successful leader of NSW. But others, including Mark Taylor, have questioned whether he can focus on his own bowling, a physically and mentally challenging role as is, while also dealing with team tactics.

Here is a snapshot of the issues the selectors face and how they have looked to fill a void that unexpectedly came amid the madness of the 2018 South African tour when Steve Smith stepped down, and his deputy, David Warner, was banned from ever again holding an official leadership role.

Don’t worry if you can’t remember that they were Paine’s initial vice-captains ahead of the 2018 Test series against Pakistan in the United Arab Emirates. Marsh soon lost the role because of injury and form issues. He had also been seen as a potential skipper of the white-ball teams. Hazlewood admitted he did not have long-term aspirations to be captain, and was seen as a way of ensuring one of the key recommendations from the Longstaff report – that the vice-captaincy be “decoupled from that of ‘heir apparent’ for the captaincy” – was enforced.

The South Australian captain has fine leadership qualities but his one major issue is earning regular selection. A propensity to fall to mistimed drives led to another axing this summer. Hohns said there is a greater upside to Head than Matthew Wade, the latter axed from the South Africa touring party, and that almost certainly would include long-term leadership claims. He captained Australia A against India at Drummoyne Oval in December but may only have one more chance at Test level left.

The pin-up quick was made outright vice-captain on the eve of the summer and hasn’t done anything wrong. But he hasn’t been endorsed as Paine’s natural successor, with Hohns saying Cummins can handle the responsibility “in certain circumstances … if anything were to happen to Tim in the short-term”. He was the best of the bowlers against India and is said to be tactically adroit. Importantly, his body is holding up but there hasn’t been an Australian fast-bowling skipper since Ray Lindwall deputised for Ian Johnson for a 1956 Test in India. 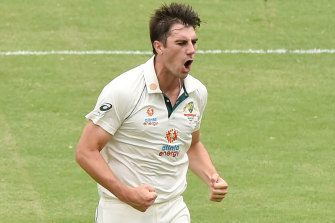 Finch, the white-ball skipper, had his chance in the Test arena in 2018-19 but failed, although it wasn’t really fair that he was pitch-forked into an opening role. However, now 34, his Test captaincy claims may have been limited even if he had succeeded with the bat. Fellow Victorian Peter Handscomb, now captaining his state, was seen by insiders as a potential future Test captain but he could not rubber-stamp his spot in the middle order. Khawaja, who captains Queensland, had an opportunity to blossom through 44 Tests but never emerged as a likely Test skipper.

Smith has said he is open to returning to the top role. “For me, I just said I’m happy to do whatever is best for the team and that’s the same going forward,” he said on the eve of the summer. But, turning 32 in June, and with so much political and public baggage for CA to overcome should it consider elevating him, a return to the top role would be highly contentious. Warner, fingered as the mastermind of the ball tampering, was banned from leadership positions. This means that the options for blooding a new leader are even more finite, for they remain two of the team’s best players but one is not in the leadership mix and the other is doubtful.

On the rise. There is growing momentum for Labuschagne to take on the Bulls’ captaincy next summer, even if he only has the on-field opportunity for two or three matches. He is already arguably Australia’s most important batsman and has soaked up tactical information from Smith, Paine and Justin Langer. At 26, another solid year of runs and experience could have him ideally placed.

Is now officially Paine’s heir apparent behind the stumps but almost certainly would not be drafted into the Test XI to make his playing and captaincy debut. However, if he is seen as legitimate future leader, one suggestion could be for him to initially play as a specialist batsman before Paine retires. He lost the vice-captaincy of the ODI side but led Australia A against India at the SCG when criticised by Allan Border. 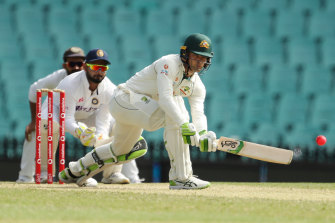 The Victorian star almost certainly won’t be in the running to replace Paine but, should he become a fixture of the Test XI, insiders bet he will likely be at short odds when the position re-opens. He has captained junior teams and was named skipper of a CA XI against the England Lions last summer.