Few spinners turned slow bowling into an art form as effectively as Bishan Bedi, and the former Indian great believes Dom Bess’s first innings masterpiece in Chennai has set him up as the heir apparent to Graeme Swann.

Bess took just eight wickets in six Tests against Pakistan and West Indies this summer – a tally he has more than doubled in three matches against Sri Lanka and India in the past month.

And while he might not have been at his very best in England’s first two Tests of 2021, he was peerless in India’s opening dig in Chennai, successfully tying down some of the world’s best players of spin. To cap his performance he snarred the prize wicket of Virat Kohli on his way to taking 4 for 76.

He was less consistent in the second innings but still managed to claim the crucial scalp of Washington Sundar as England celebrated a famous victory to go one up in the series.

There could be little argument that Bess and Jack Leach – former county colleagues at Somerset – comfortably outbowled their Indian counterparts, with Ravi Ashwin desperately short of support from Sundar and Shahbaz Nadeem.

And after watching him perform in Sri Lanka back in January and then in Chennai, a city that England last won in in 1985, Bedi believes England have a raw and exciting talent on their hands.

All Bess needs, he says, is the same kind of appetite for wickets that Swann did routinely through his career.

“Bess did very well in Sri Lanka but he was always likely to encounter more dogged batting in India than he did there,” says Bedi, who took 266 wickets in his 13 year Test career. But I like the look of him. He’s very promising, I’ve seen quite of a lot of him now and he comes across very well. The kid has a lot to offer.

“I’m impressed with his technical correctness and he’s young, age is on his side. Swanny was outstanding but when you’re looking for improvements then the sky is the limit – particularly when you’re technically sound.

“How far he goes depends on how ambitious and how driven he is. At the moment he seems to be quite happy to get three or four wickets so maybe he needs to be more hungry. I was expecting him to run through India in that fourth innings but, as it was, Jimmy Anderson did that himself. Anderson was outstanding.

“Leach took the stick very well in the first innings and came out charged up. He’s very tenacious. I quite like his attitude.”

When England won in India in 2012/13, Swann took 20 wickets in the series. His partner in crime, Monty Panesar, meanwhile, claimed 11 scalps in Mumbai and 17 in three matches as England won their first series in the country since 1984/85.

If they’re to repeat that feat in the coming weeks then Leach and Bess, as well as Moeen Ali if called upon, will have to perform similar heroics.

In contrast, if India are to avoid just a third series defeat on home soil since the turn of the century, then the home side’s spinners are going to have to perform far better than they did at the M. A. Chidambaram Stadium in the opening match. 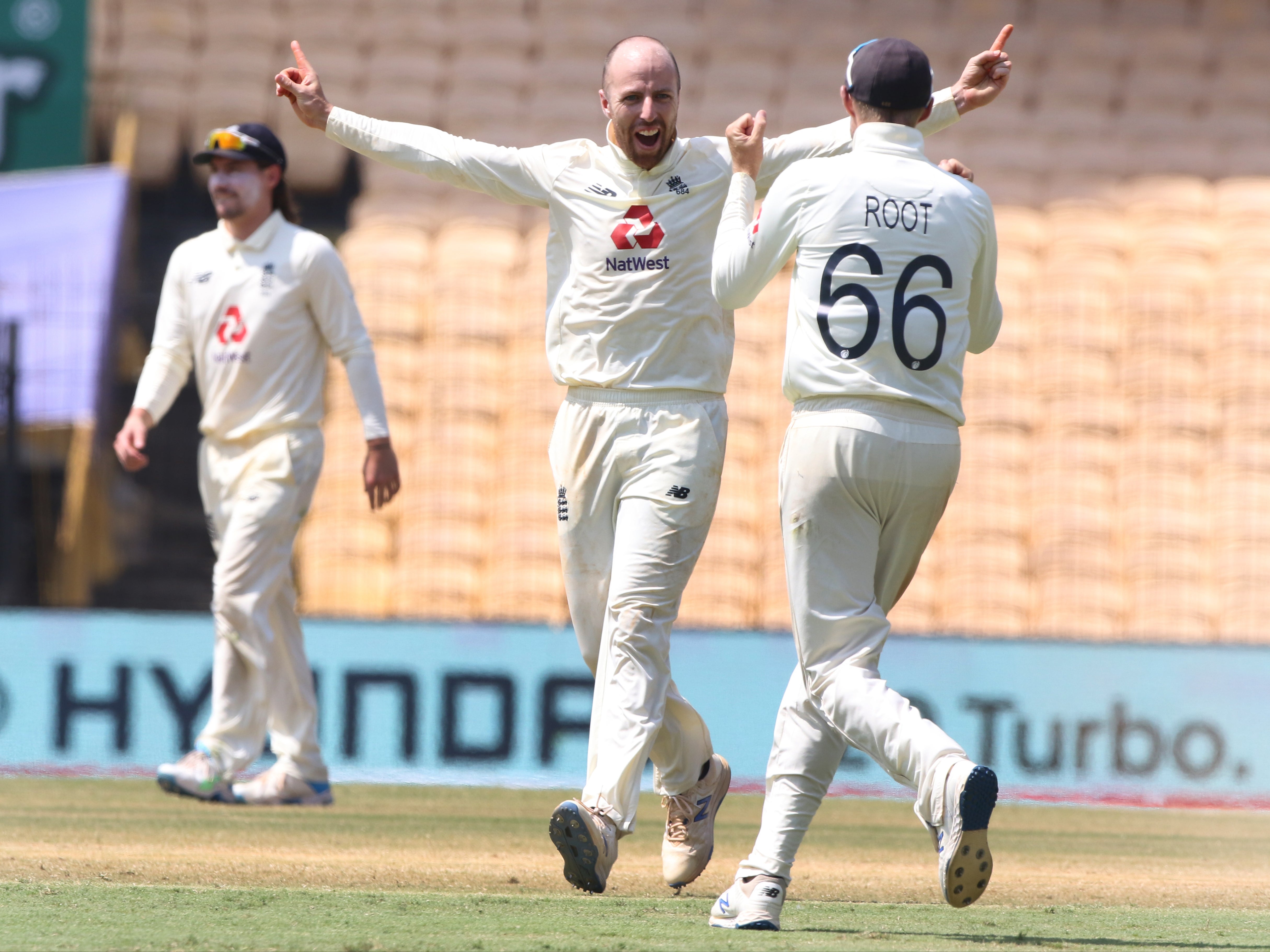 Jack Leach has also been in impressive form against India

It was hardly the opening India had in mind when they returned home triumphantly from a second successive series win in Australia back in January, against seemingly impossible odds.

“Ashwin bowled very well except that he was bowling for the losing side,” says Bedi. “You can take as many wickets as you want but they become zero if you lose the game. They’re just figures in a scorebook

“It’s going to be very interesting now. England had that warm-up in Sri Lanka but in Indian conditions, you would say that they were underdogs.  But their tails are up and India are going to have to work very hard to come back.

“I sincerely hope that they prepare good Test wickets for the rest of the series. India have a better pace attack than spin attack at the moment – so let’s get some wickets with some bounce, if they prepare more like the ones in Chennai then the toss becomes almost too important.

“I think it’s a very even series. There’s a really good balance to both sides. India needs a strategy to move forward, you can’t argue with that, but I follow Test cricket, not to see India winning or England losing, I want to get joy out of it.

“There’s no doubt in my mind that the better side won (in the first Test). You can talk about the wicket, the toss, the ball, but there’s nothing you can do about that.”

By the time Jofra Archer had taken the final wicket on the fifth day, England’s dominance was complete.

Now, with the prospect of a home crowd behind them in the Second Test which starts on Saturday, there’s an additional ingredient to a series that’s already shaping up to be appetising in every sense.

“It will be great to see people in the ground because it’s a fantastic stadium there,” he says. “People in Madras are very big cricket supporters and I think the crowds there will be very healthy.”

England will hope that they can keep the stadium as quiet as it was in an opening game which will live long in the memory.

All Bess and Leach have to do now is put in a repeat performance.