Home » Sports News » TOP SPIN ON THE TEST: Stuart Broad showing no sign of slowing down

TOP SPIN ON THE TEST: Stuart Broad showing no sign of slowing down as he leads the England bowling attack

Stuart Broad claimed three wickets on Friday to move on to 34 for the year, lowering his bowling average in 2020 to just 14.52 in the process.

It is by far the best mark of his career in a single calendar year, with his next best average coming in 2015, when he took 56 Test scalps at 23.82 apiece.

Despite turning 34 this summer, 2020 has also been Broad’s best year in terms of economy rate (2.37 runs per over) and strike rate (36.7 balls per wicket), as he continues to lead England’s attack from the front. 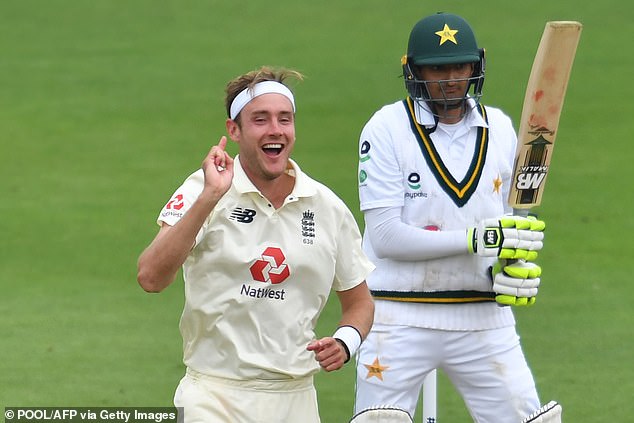 Broad has now taken at least three wickets in his last seven innings, the longest streak by an England bowler since Graeme Swann in 2009, with the national record of eight consecutive three-fors — held jointly by Maurice Tate in 1924-25 and SF Barnes in 1913-14 — in sight.

The world record, however, is some way off. That’s held by Sri Lanka’s Muttiah Muralitharan, who took at least three wickets in a staggering 16 consecutive innings from 2006-07.

Mohammad Rizwan frustrated the home attack with his 60 not out and became the first Pakistan wicketkeeper to reach 50 in their last 10 Tests in England.

The last to raise his bat on these shores was Zulqarnain Haider, who struck 88 in a losing effort at Edgbaston in 2010. 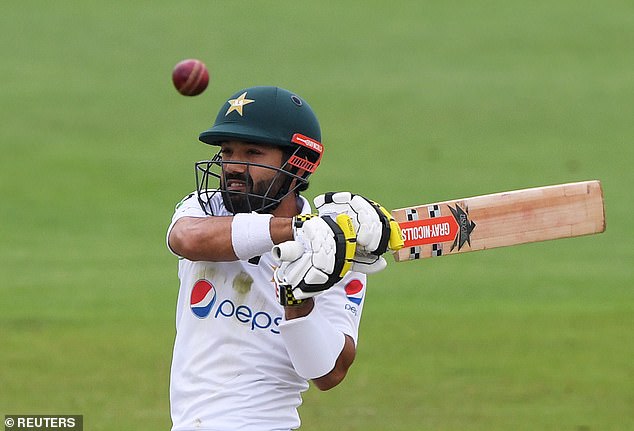 Since Haider’s innings, Pakistani glovemen had scored just 284 runs in 17 innings in England, at an average of 17.75.

Rizwan can become the first to reach a century for 24 years, since Moin Khan’s 105 at Headingley in 1996.

Only 40.2 overs were possible on day two as rain and repeated stoppages for bad light obstructed England’s hunt for quick wickets, leaving little time to force a result.

But despite such poor conditions for cricket in this country — each of the five Tests this summer have been disrupted at least once by rain — only one of the last 28 Tests in England has ended in a draw.

Only Sri Lanka, which has not hosted a drawn Test since 2014, can better that record.