Under-fire Australia cricket coach Justin Langer has posted a bizarre motivational message on LinkedIn that has left some members of his team ‘perplexed’ and perceiving it to be a dig aimed at them.

There have been serious concerns among players over Langer and his coaching style in recent months, which ignited intense speculation about the future of the former Test opener, who is contracted until mid-2022.

But in August, Cricket Australia chief executive Nick Hockley publicly backed Langer to remain coach for the Twenty20 World Cup, which starts this month, and the upcoming Ashes series. 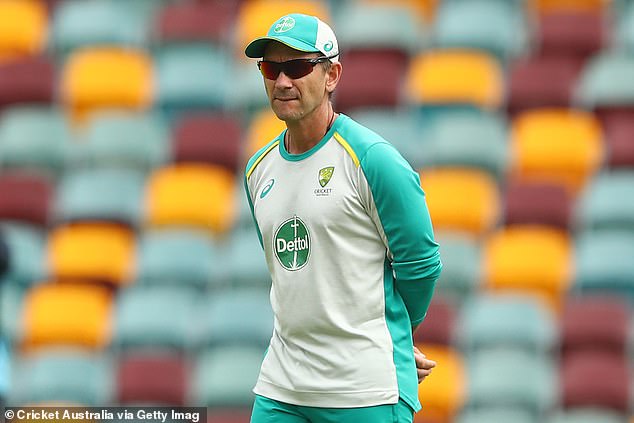 Langer and his players are currently in quarantine in the United Arab Emirates before the T20 World Cup begins and it is the first time they have been together since his methods were questioned in August.

But Langer’s LinkedIn post has caused huge confusion among the Australian team with The Sydney Morning Herald reporting they have been left ‘perplexed’.

It is also claimed some players see it as a ‘jab at those who have grown weary of his abrasive and intense management style’.

Langer posted: ‘A wise man once said: Don’t give them a taste of your own medicine. If they lied, let their medicine be honesty.

‘Don’t be afraid to be yourself, even if it means removing yourself from lives you want to be in. You are, no doubt, worthy of being valued for who you are. So be who you are.

‘The wise man says: BE YOURSELF. YOU ARE UNIQUE and YOU ARE SPECIAL. Be happy, be healthy, be calm, be strong and BE YOURSELF.’ 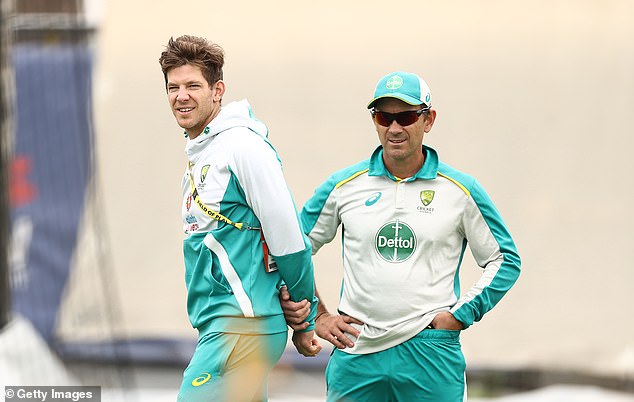 Australian players are reportedly used to receiving similar inspirations quotes and messages from Langer on WhatsApp.

On Tuesday, spinner Ashton Agar said he would be ‘absolutely shattered’ if subjected to the same sort of criticism as Langer, adding he is full of respect for Australia’s coach and his unwavering values.

Agar, a long-time mentee of Langer at both domestic and international level, said he and teammates know the head coach is listening to feedback and will do ‘whatever he can to suit the needs of the team’.

‘You can’t help but respect that and we’ll back him in 100 per cent at this tournament and going forward,’ Agar told reporters from the UAE.

‘He’s got strong values and morals as a person and he sticks to them, unwaveringly. Knowing him over 10 years, not a lot has changed. I respect him a lot for that. 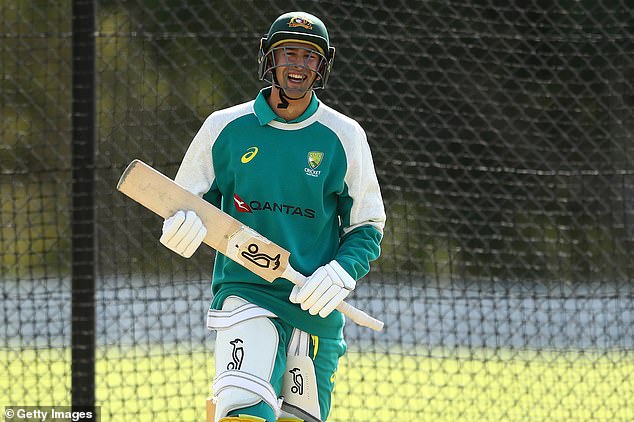 ‘We just have to have a bit of understanding around how horrible that experience (in recent months) would have been and respect someone coming out of that and still doing their best.’

Langer said he felt like ‘Superman’ earlier this year, having responded to player feedback and tried to clear the air prior to a T20 tour of the Caribbean.

But Australia, minus Pat Cummins and several rested stars, suffered lopsided T20 series losses to West Indies and Bangladesh with the heat on Langer most intense while stuck in an Adelaide hotel room for a fortnight.

‘All the criticism and everything that he’s copped … to be dragged through the media while you’re in quarantine, all of these different things,’ Agar said.

‘If that happened to you or I, we would be absolutely shattered. But speaking to him recently, he’s doing really well.’