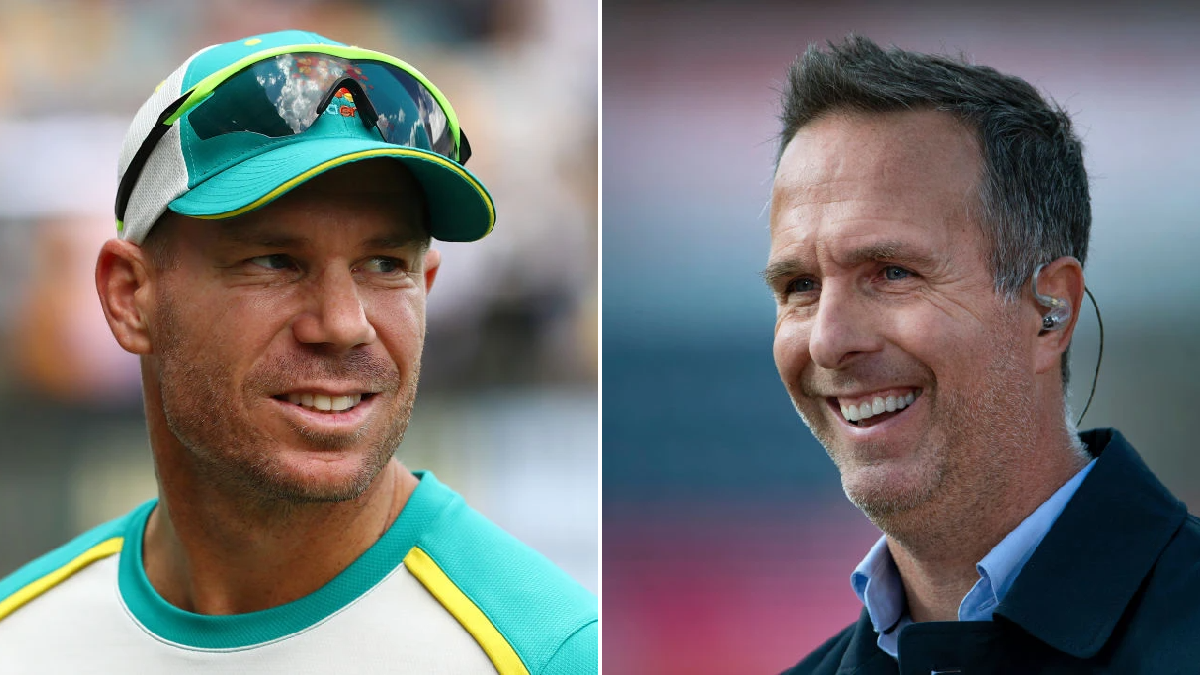 Durham fast bowler Wood dismissed Marnus Labuschagne, the No. 1 Test batter in the world, for the second time on day one of the fourth Ashes Test in Sydney.

Wood has now removed Labuschagne twice in the space of 11 balls and has six wickets in the series overall despite England’s struggles.

The 31-year-old was England’s joint-leading wicket-taker in the series opener at the Gabba and took 2-71 at the MCG after being left out of the second Test in Adelaide.

Former England captain Vaughan said: ‘Whatever happens in the next two weeks, Mark Wood has been fantastic for England over here.

‘Pace and energy every time he bowls but more so his enthusiasm for the game. The Aussies love him.’

Replying to Vaughan, Australia opener Warner said: ‘[He’s] been outstanding, and what a legend he is.’

Australia finished a rain-effected opening day in Sydney on 126-3, with Labuschagne, Warner and Marcus Harris all dismissed for scores between 28 and 38.

James Anderson was yet again the pick of the England bowlers with 1-24 from 13 overs, while Wood and Stuart Broad both chipped in with a wicket apiece.

Only 46.5 overs were bowled due to poor weather in Sydney and Wood said at the close of play: ‘It was a tough day, stop-start.

‘To put the two wickets on at the end changes the perception. If we can start well tomorrow we’re right in the game.