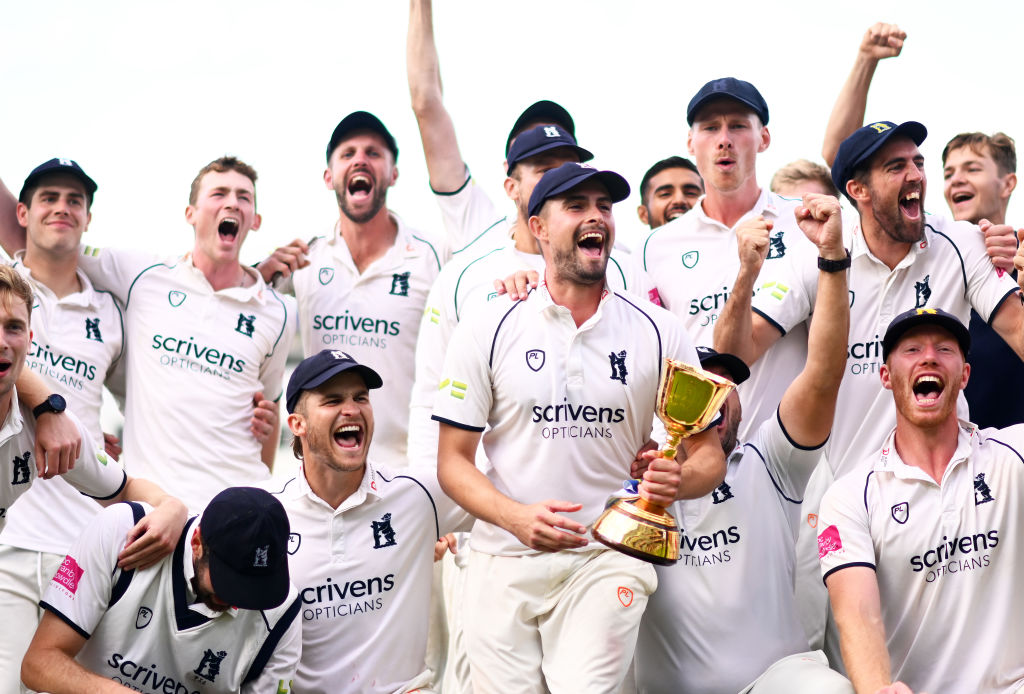 Warwickshire secured their eighth County Championship title after sealing an 118-run victory over Somerset on the final day of the season.

The Bears declared on 294-3 to set Somerset 273 to win in 79 overs, before bowling their opponents out for 154 at Edgbaston.

Warwickshire finish just 3.5 points ahead of second-placed Lancashire, who piled the pressure on their title rivals with a one-wicket victory over Hampshire this week.

Lancashire could still end the season with some silverware, however, as they face champions Warwickshire in next week’s Bob Willis Trophy final at Lord’s.