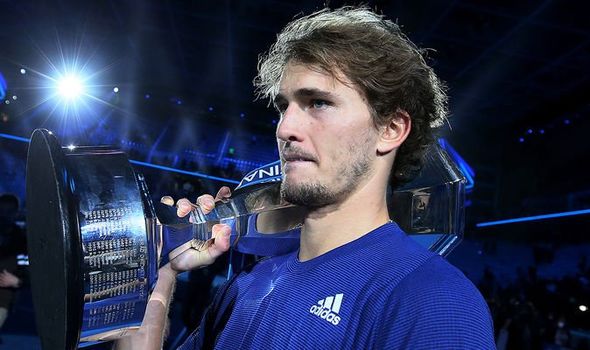 Men’s Tennis has been dominated by the ‘Big Three’ for more than a decade. Roger Federer, Rafael Nadal and Novak Djokovic have won 60 Grand Slam singles titles between them. But Alexander Zverev believes now is the time for a new-look trio to take up that particular mantle.

Zverev is yet to win a Grand Slam of his own but has had a successful 2021.

He won Olympic gold in Tokyo, the ATP Finals and made the semi-final at two majors.

World No 1 Djokovic won three of the four Grand Slams, with Daniil Medvedev grabbing his first at the US Open.

Zverev believes there will be a similar pattern heading into 2022, with the same three dominating at the big tournaments.

Djokovic speaks following his US Open defeat against Medvedev

“I think next year could be very similar to the last six months from this year,” Zverev told Eurosport Germany’s Das Gelbe vom Ball podcast.

“Before, there used to be always talk about Nadal, Federer and Djokovic – now the big titles were the Olympics, US Open, Turin and Wimbledon, and they were all won by Medvedev, Djokovic and me.

“I don’t expect it to be any different next year.”

Zverev is currently third in the ATP singles rankings behind Djokovic and Medvedev.

But Djokovic’s participation at the Australian Open is still in doubt.

And Zverev is keen to take advantage and overtake the Serbian if he is absent from the first major of the year.

“I know I’m not far away from it, but for that I also have to win tournaments and Grand Slams,” said Zverev about the No 1 ranking.

“The situation with Novak and Australia is still a big question mark. Of course I hope that he will be allowed to play, that’s very clear.

“There are thousands of mathematical calculations, if he doesn’t play Australia and I win the Australian Open, then I’m No 1 in the world and so on and so forth.

“At the end of the day, now is not the time to think about it [being able to become world No 1], now is the time to prepare as best as you can so you’re physically able to play for it.”