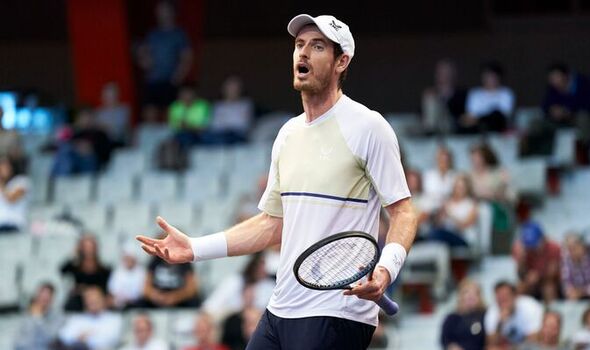 Andy Murray’s hopes of a first tour title of 2022 are over after he crashed out of the Gijon Open at the hands of Sebastian Korda. Wins over sixth seed Alejandro Davidovich Fokina and Pedro Cachin had seen Murray into the last eight in Northern Spain, but despite him battling back from a set down to level matters, it was the American who dominated the decider to prevail 6-4 1-6 6-1.

The two players were forced to endure a lengthy wait to step on court as they followed the Arthur Rinderknech v Pablo Carreno marathon, which Rinderknech won 18-16 in a final set tie-break. And just two games in, Murray and Korda hinted at a long night of their own as Korda wasted a string of break points before finally converting a chance to lead 2-1.

The world No 49, who comes from a famous sporting family, then notched the double break and at 5-2, seemed to be cruising towards the opening set. The Scot rallied though, grabbing one break back before saving a set point to take matters back to 5-4 and make his rival serve things out.

He duly did so though, only for Murray to then up the ante early in the second. After winning his opening service game to love, he wasted one chance at break point before an error from Korda yielded his second, and this time the world No 1 took full advantage.

The three-time Grand Slam champion then survived deuce to make it 3-0, and the one way traffic continued as he took the next two games. Korda, who reached the last 16 of Wimbledon last year, did avoid the bagel but a rampant Murray wrapped the set up 6-1 to force a deciding set for the second straight match.

But early in the third the pendulum swing again when Korda held serve, and having taken just two of 11 break points at the stage, finally converted a third to move back into the ascendancy. Suddenly, Murray was having to fight to stay alive, and when he was again broken in a marathon service game the writing was on the wall.

Sure enough, the 22-year-old came through another long service game to hold and move to within one of the semi-finals. Murray did get on the board to delay the inevitable, but Korda served out to love to move into the final four.

As for Murray, 35, it remains to be seen if he’ll play again this year or opt to take a break before building up to the Australian Open. The tournament in Melbourne starts on January 16.