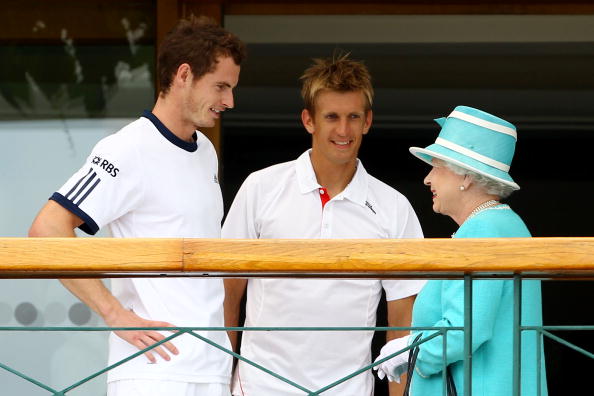 The British monarch died peacefully at the age of 96 in Balmoral, ending a reign of more than 70 years.

Murray, a two-time Wimbledon champion, was appointed Officer of the Order of the British Empire (OBE) in the 2013 New Year Honours for services to tennis.

The 35-year-old then received a knighthood in 2016, becoming Sir Andy Murray, after winning Olympic gold medals for Great Britain in London and Rio.

Murray, who also helped Great Britain lift the Davis Cup in 2015, will represent the country once again at the Emirates Arena in Glasgow this week as the team prepare to face the USA in the group stages of the tournament on Wednesday.

‘It’s obviously been a very sad week with the news about the Queen passing away, but I think here will be a chance for everyone to show how much she meant to everyone,’ Murray told Sky Sports.

‘I’m sure there’ll be songs sung and a minute’s silence observed.