Andy Murray is confident he is on the right path towards playing “high level tennis” after coming through a physical encounter with Kyle Edmund at the Battle of the Brits unscathed, even if he did lose.

Murray was playing just his second match since November following a bruised bone, but looked in good condition against world No 44 Edmund.

The two-time Wimbledon showed impressive movement and all of his usual tenacity to take the first set, but some clutch play by Edmund at the back end of the match saw him win a championship tie-breaker to claim the match 6-7 (2) 7-6 (5) 10/5.

“To be honest, I am not bothered about the results of the match, after a match like that I hope my hip is OK, and I pull up well from it,” the two-time Wimbledon champion said.

“I know if my hip is good, my tennis will only improve and get better over the next few months. If I can get consistent practice. 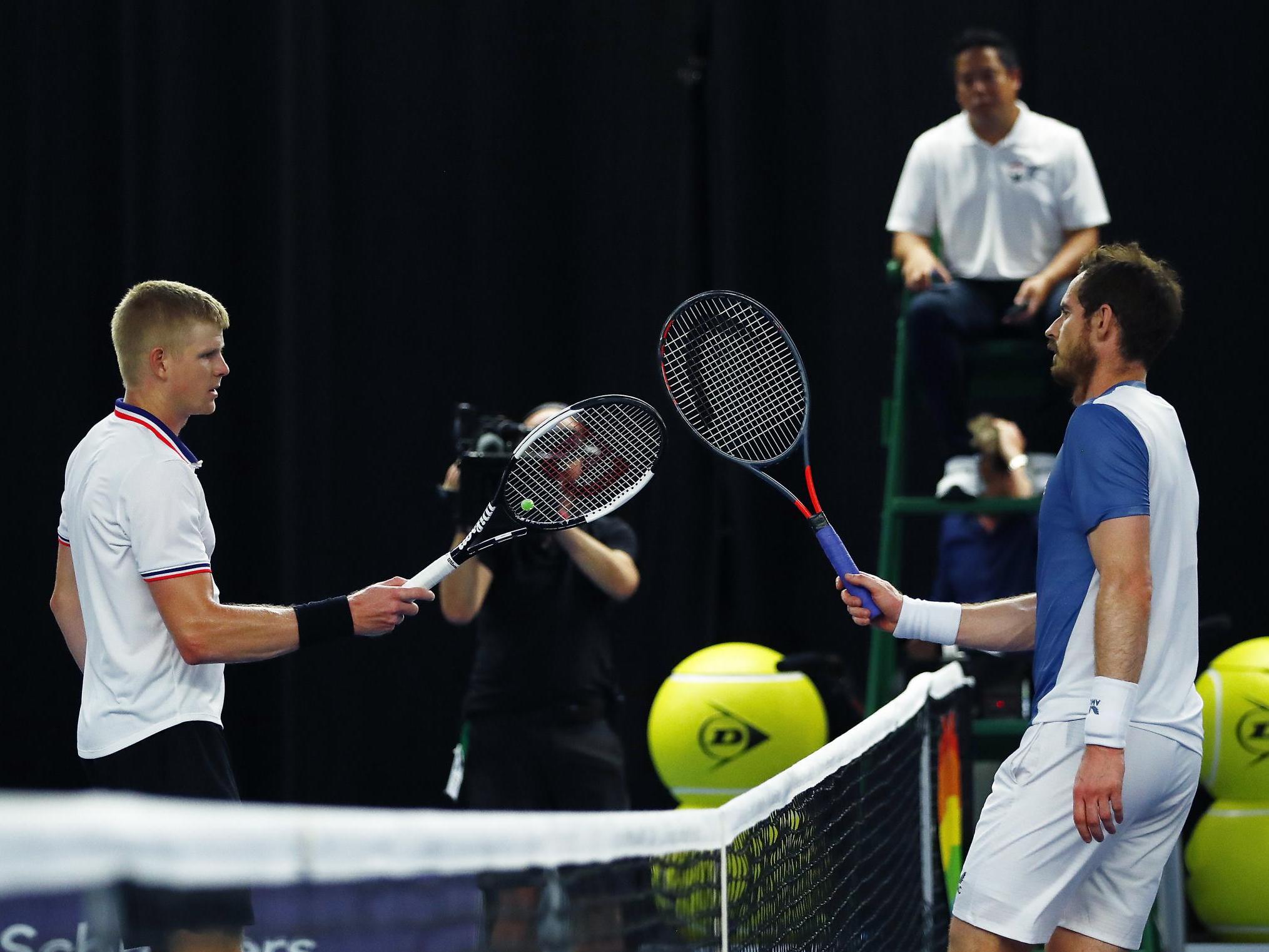 “That is my hope. The hip feels good. If I play like that and do a few things better, sharpen up a couple of things, I will play high level tennis.

“My groin is a little bit sore today, I felt it in practice and at the beginning of my match, but as the match went on, it felt alright.

“That was good, positive. Then it’s pulling up the next day, see how you feel, not getting in a situation where you have to take two to three weeks off to recover basically.”

Murray barely has 24 hours to recover as he plays James Ward in his final group game, needing to win to make it through to the semi-finals.

But the Scot is already looking at the much longer term as he plots a schedule that will see him arrive at the US Open in the best shape and he looks like returning to the ATP Tour at Washington in the middle of August.

“I am trying to avoid playing back-to-back events, my priority is to be fit for the grand slams. If you are competing two or three days beforehand, then maybe it’s not the hip, it’s your elbow, shoulder, ankle.

“After what I have gone through in the last few years, and not being able to compete at any of the majors, I want to have a few more cracks at them. Get to compete at them. Even if it is for one last time.

“So there would be more chance (of playing) in Washington than Cincinnati – or New York.” 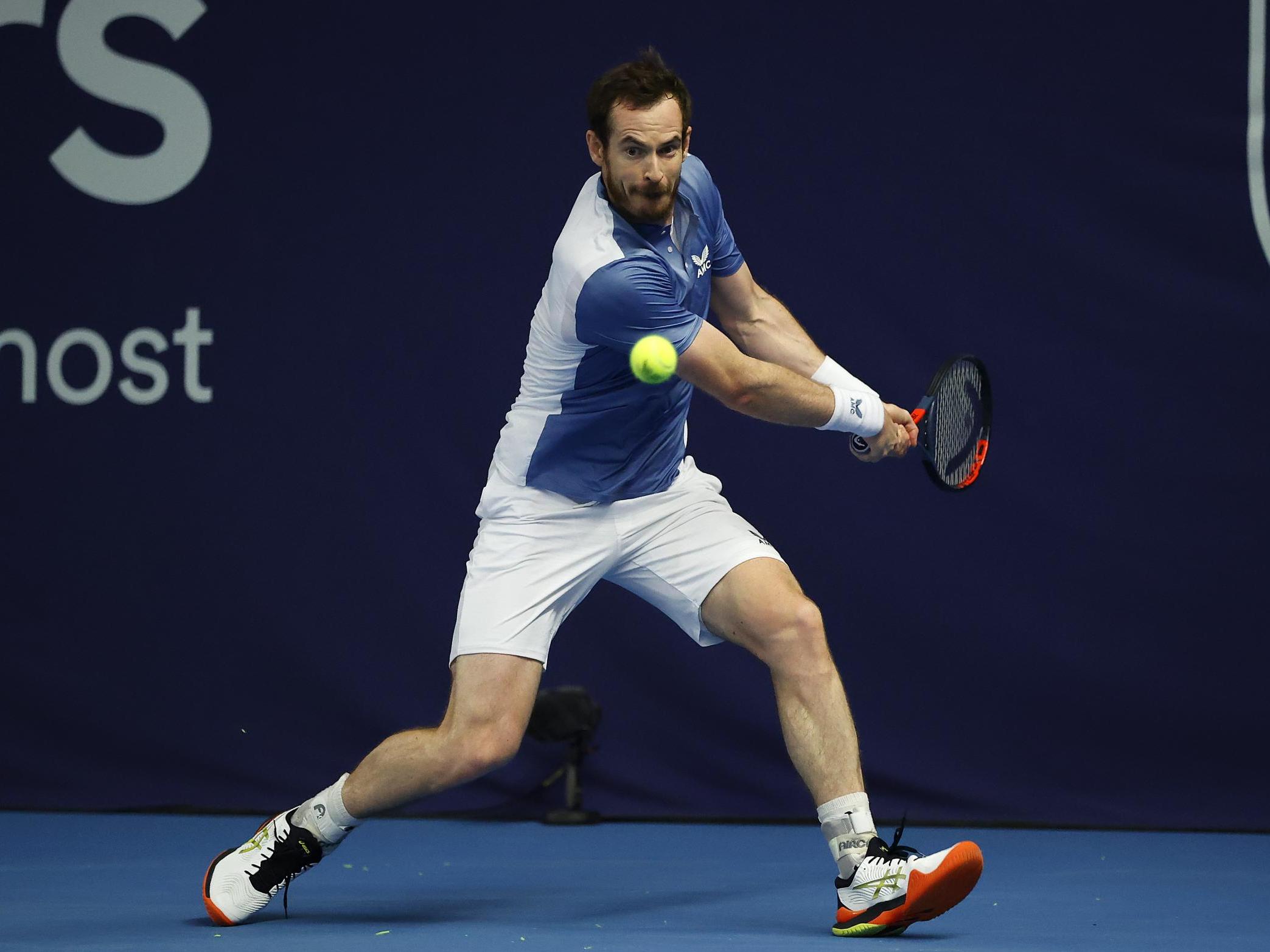 For Edmund, he is into the semi-finals after a second successive win sees him top the Tim Henman Group.

Having got the job done, he was pleased with what he saw on the other side of the net.

“Of course Andy as a person is a very good guy, throughout the years he has been the senior figure,” he said. “He has always offered help and you always remember that and always appreciate that.

“He is moving well, I am sure he would say his opinion, but in terms of his anticipation and moving, nothing feels like anything has got worse.”

Ward earlier got his first win of the tournament with a 6-4 6-1 win over Liam Broady, whose chances of progressing are over.

The British number 11 is only playing in the tournament because Jack Draper pulled out on Tuesday but he took the opening set off the world number 77 Norrie, who eventually came back to win 3-6 6-2 10/4.