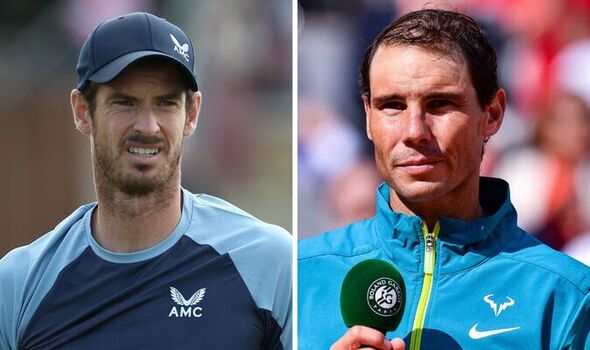 Andy Murray is not alone in his assessment of Rafael Nadal’s extraordinary record at Roland Garros and the former British No 1 doubts even Carlos Alcaraz will get close to the ‘King of Clay’. It was only in December when serious doubts on Nadal’s fitness were raised heading into the 2022 season.

He then went on a miraculous run to win his second Australian Open title, but was struck down with more injury worries. Heading into the claycourt season, Nadal faced a race against time to prove his fitness for the French Open after suffering a stress fracture in his rib at Indian Wells.

But it was his ongoing foot problem that threatened to derail his chances at Roland Garros. Nadal brought his own doctors to the major where he received several injections to help him play through the pain.

Such is Nadal’s dominance on the clay at Court Philippe-Chatrier, Nadal battled through to reach Sunday’s final where he thrashed Casper Ruud in straight sets. Now with 22 major titles to his name, Nadal has moved clear of both Novak Djokovic and Roger Federer in the race to finish with the most Grand Slam trophies in the men’s game.

JUST IN: Nadal, Djokovic and Federer have more Slams than seven icons combined

There’s still every chance that Djokovic could catch Nadal in the coming years, but one record that will likely stand the test of time is his trophy haul from the French Open. And Murray still can’t fathom how one player can win a major 14 times with most pros being unable to even compete in that many events.

“Winning 14 Grand Slams at the same place is incredible,” said Murray in Stuttgart. “There’s hardly any players on the Tour who will get the opportunity to play Roland Garros 14 times, much less win it.”

Alcaraz has been heralded as the heir to Nadal and his emergence in 2022 with four ATP titles – including wins at two Masters 1000 events – saw him tipped to challenge at Roland Garros last week. The teenager ended up losing to Alexander Zverev in the quarter-finals, although his time will undoubtedly come at a major soon enough.

Ranked No 7 in the world, Alcaraz may well fancy his chances in the final two majors of the year. But even though Alcaraz is being tipped to become a multiple Grand Slam champion in the future, Murray has used the young Spanish prodigy as an example at just how bonkers Nadal’s record of the French Open is.

“Alcaraz is 19 now, so he would have to win it every single time (until age 33) to achieve that,” he added. “I just don’t see that happening.”