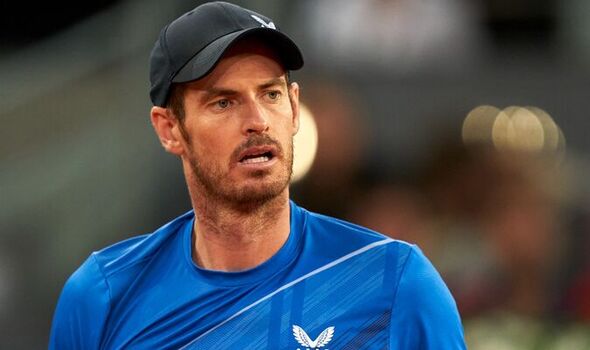 Andy Murray has pulled out of the qualifying event for the Rome Masters, set to take place over the weekend. It comes as he was forced to withdraw from the Madrid Open with illness ahead of a long-awaited clash against Novak Djokovic in the third round.

Murray had been set to face Djokovic for the 37th time and the first time in five years on Thursday at the Madrid Open. But he was forced to withdraw last minute with illness, as his former coach Mark Petchey later told Amazon Prime that he believed the three-time Major champion had food poisoning and gastric flu.

The former world No 1 has now pulled out from another tournament just a day later, as he is no longer set to compete in the qualifying for next week’s Masters 1000 in Rome. Murray had made a U-turn on his decision to skip the clay season and taken a wildcard into Madrid, also planning to play in Italy the week after.

During a Twitter spat over the wildcard selection in Madrid, the 34-year-old admitted he would likely be playing the qualifying event in Rome as he tweeted: “More than happy to play qualifying. Will most likely play qualies in Rome. If a tournament invites me to come and play in the main draw are you suggesting I should turn it down and play quailes?”

But the 2016 Italian Open champion has now been forced to pull out of qualifying, likely still struggling with the illness that saw his first meeting with Djokovic since 2017 called off. Speaking after Murray was left unable to play their match yesterday, the world No 1 told Tennis Channel: “We go back a long time and I’m really sorry for him that he was not able to come out on the court.

Murray had not received a wildcard into Rome this year, with four Italians instead being granted them, but one wildcard in Lorenzo Musetti has admitted he will decide today whether or not he will be able to compete next week after retiring a set down to Alexander Zverev in Madrid on Thursday.

It would free up a wildcard spot that could be used on Murray. For now, the world No 78 is not set to be in action until the British grass court season after he planned to use Madrid and potentially Rome as tournaments to get competitive matches in before he turns his attention to the likes of Wimbledon.