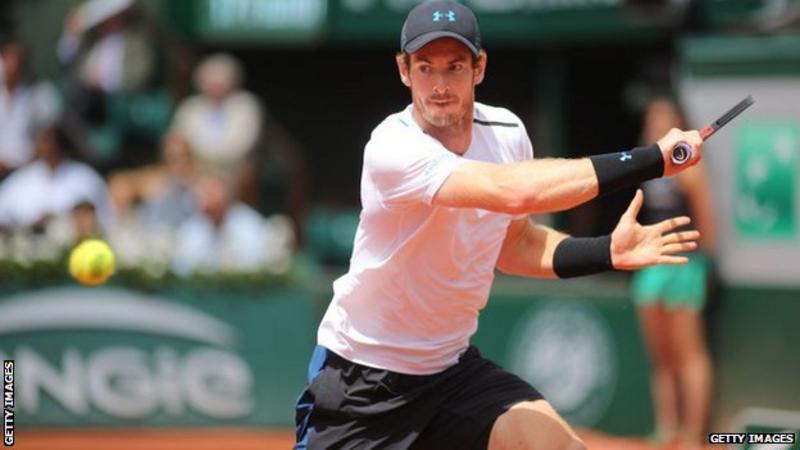 Andy Murray says he would definitely play on clay in September if the rearranged French Open goes ahead.

But in an interview with CNN, Murray says he would be surprised if the tournament can proceed as planned.

The former world number one says he expects tennis will be one of the last sports to get back to normality.

The Scot, 32, also revealed he felt “a little bit sick for two or three days about four weeks ago,” but does not know whether he contracted coronavirus.

Professional tennis has been suspended since 12 March because of the coronavirus pandemic.

The French Open, due to take place between 24 May and 7 June, has been pushed back four months to 20 September to 4 October. While Wimbledon, due to be played between 29 June and 12 July, has been cancelled.

Murray, who has not played since November because of complications arising from his hip operation, says he would play at Roland Garros but doubts such an international event will be allowed to go ahead.

“I would definitely play on the clay if it goes ahead. I’m a bit sceptical whether it will,” he said.

“I would imagine tennis would be one of the last sports to get back to normality because you’ve obviously got players and coaches and teams coming from all over the world into one area. I would be surprised if they were back playing sport by September-time.

“You have to feel like the whole world is working normally again and travelling normally before tennis would go back, especially the major competitions.

“If you took the French Open, let’s say things in Europe have improved, but there are certain countries that might still have issues.

“If you then have a tournament where people or players from a certain continent or countries are not allowed to come in to compete. I think the tournament loses.”

Organisers of the four Grand Slams and the sport’s three governing bodies are finalising a package of financial assistance, estimated to be worth around $6m (£4.9m), for lower-ranked players struggling because of the coronavirus shutdown.

Novak Djokovic, Roger Federer and Rafael Nadal are also hoping top 100 singles and top 20 doubles players will contribute to a separate $1m fund for men ranked outside the top 250.

Murray agrees that lower-ranked players should be given support during the crisis, but also suggests that prize money should be distributed more evenly when tournaments resume.

“Players ranked 250-300 in the world; it’s going to be really, really challenging for them,” said Murray. “And I think in the last few years, there has been some improvements and some changes, but probably not enough.

“Sometimes you see the prize money cheque for the winner of the Grand Slams. And it’s like, I don’t know what it is exactly, but something like $4 million. Could that money be used better and spent elsewhere in the earlier rounds or the qualifying draws, or maybe used to grow some of the smaller events?”

Murray also says he displayed some of the symptoms of coronavirus at the start of the pandemic last month and chose to self-isolate, though he was never tested for the virus.

“I was a little bit sick for two or three days about four weeks ago,” he added. “So actually, before the beginning of when the quarantine started, I was sort of isolating for probably four or five days before that.

“Most people I’ve spoken to have had some sort of symptoms and felt a little bit sick, but it’s quite difficult to know whether you have actually had the virus or not.

“And obviously, the test should be saved for people that are in severe situations and the frontline NHS workers in this country.”