Former champion Angelique Kerber is out of the Australian Open, defeated in straight sets by American Bernarda Pera.

The 23rd seed, one of the players forced into hard lockdown prior to the tournament, limped through the first set and was beaten 6-0, 6-4. 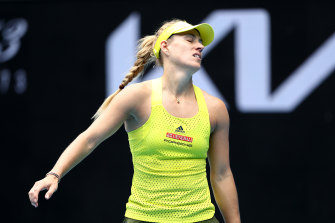 Kerber’s early exit came after Naomi Osaka and the Williams sisters enjoyed a safe passage through to the second round.

The world No.3 beat Russia’s Anastasia Pavlyuchenkova 6-1, 6-2 in 68 minutes on centre court, validating her decision to pull out of her WTA lead-in tournament late last week once she had reached the closing stages.

“I was really nervous coming into this match,” Osaka said during her on-court interview.

“I just wanted to play well. Thank you everyone.” 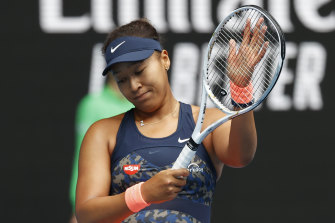 Naomi Osaka breezed through to the second round.Credit:AP

The Japanese three-time major winner said players across the tour were adapting to the unusual lead-up to the first major of 2021.

“Physically … everyone, their body is shocked,” she said.

“[But] all in all everyone is happy to be here.“