The ATP Finals through up a major shock as Novak Djokovic and Rafael Nadal dropped out of the race to win the competition. After the semi-finals have been completed, just Daniil Medvedev and Dominic Thiem remain in the tournament. This is how to watch the final live on TV and online.

Djokovic was beaten in the ATP Finals semi-final by Dominic Thiem on Saturday afternoon.

But, it will be Thiem that could win his first-ever ATP Finals trophy on Sunday. 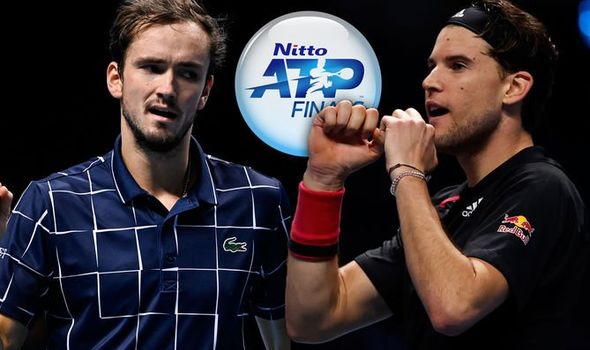 “I don’t think I played bad,” said Djokovic, after the match.

“I was in the driver’s position at 4-0. I thought I was very close to winning it, but he just took it away from me.

“But he deserved it, because he just went for it and everything worked.”

Meanwhile, Nadal and Daniil Medvedev put on a similarly entertaining spectacle in the second semi-final.

The Spaniard won the first set 6-3 against Medvedev, before being pegged back in the next set in a tie-breaker.

But Medvedev broke away in the third and final set, breaking Nadal early on.

After the setback of failing to win the second set tie-breaker, Nadal was well beaten in the tie, to hand Medvedev a chance to face Thiem in the final. 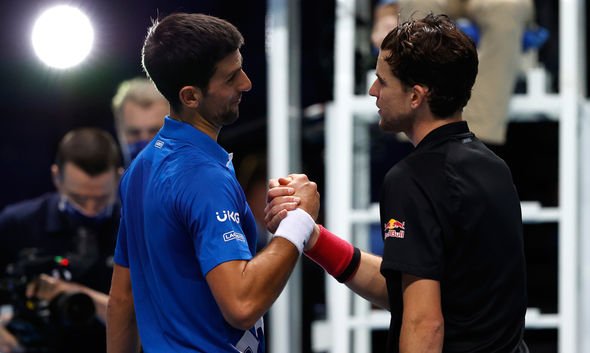 What time is the ATP Finals final?

The ATP Finals final is set to take place from 6pm on Sunday November 22.

The tie will once again take place at The O2, London.

How to watch the ATP Finals final

The full ATP Finals competition is being streamed on Amazon Prime.

A Prime subscription costs £7.99 per month but new customers signing up can enjoy a 30-day free trial which can also be cancelled at any time.

All ATP Finals matches are also available to stream on Tennis TV.

An account usually costs £9.99 per month but new subscribers can get their first month for £4.99.

The final will also be shown on live television, on BBC Two.

Coverage of the clash will start at 6pm, and will run until 9pm.