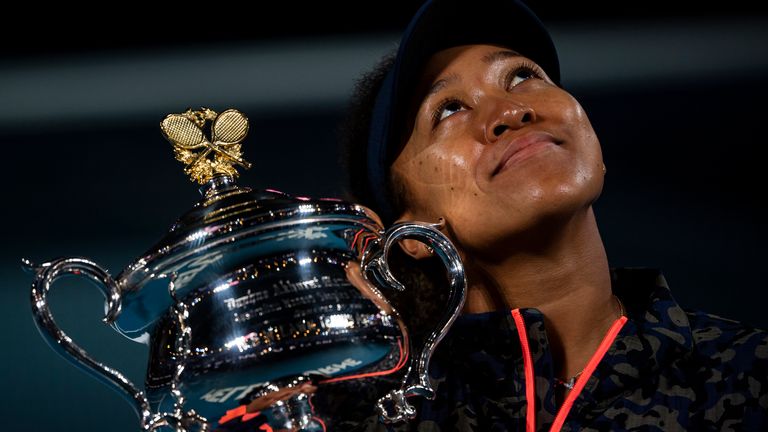 Naomi Osaka says she does not want to be weighed down by the “pressure” of how many Grand Slam singles titles she can win after reclaiming the Australian Open on Saturday.

The 23-year-old won her second Australian Open and fourth Grand Slam with a 6-4 6-3 victory against American 22nd seed Jennifer Brady 6-4 6-3, with around 7,500 fans allowed to watch the final on Rod Laver Arena.

Osaka has now claimed two Australian Open titles after also winning at Melbourne Park in 2019, while her two major wins came at the US Open in 2018 and 2020.

Victory against Brady, who was competing in her first Grand Slam final, was the Japanese player’s 21st successive match win since February 2020.

Osaka is the first women’s player to win her first four Grand Slam finals since Monica Seles in 1991.

“I like to take things not big-picture. For me, I like to live in the moment,” Osaka said after seven-time Grand Slam singles champion Mats Wilander said on Eurosport he believes Osaka can win at least 10 major titles.

“It’s an honour that he said that, of course. But I don’t want to weigh myself down with pressure and expectations.

“I know that the people that I’m playing against are the best players in the world, and, you know, if my time comes to win another Grand Slam, it will come.

“But for right now I can only control what I can control, and that’s working hard and giving myself opportunities.”

Holding it tight. Taking it all in 🥰🏆@naomiosaka | #AO2021 pic.twitter.com/KIriU7tayW

Instead, Osaka says her biggest goal is to inspire a new generation of tennis talent.

The Japanese has become a leading ambassador for the sport both on and off the court and hopes she can experience first-hand the effect role models can have.

“Hopefully I play long enough to play a girl that said that I was once her favourite player or something,” said Osaka.

“For me, I think that’s the coolest thing that could ever happen to me. I think I have those feelings of watching my favourite players.

“Unfortunately I didn’t get to play [Chinese two-time Grand Slam champion] Li Na, but, I just think that that’s how the sport moves forward.”

Osaka is now second in the world rankings behind Ashleigh Barty because of the temporary switch to a two-year system following the suspension of the tour last March as a result of the coronavirus pandemic. 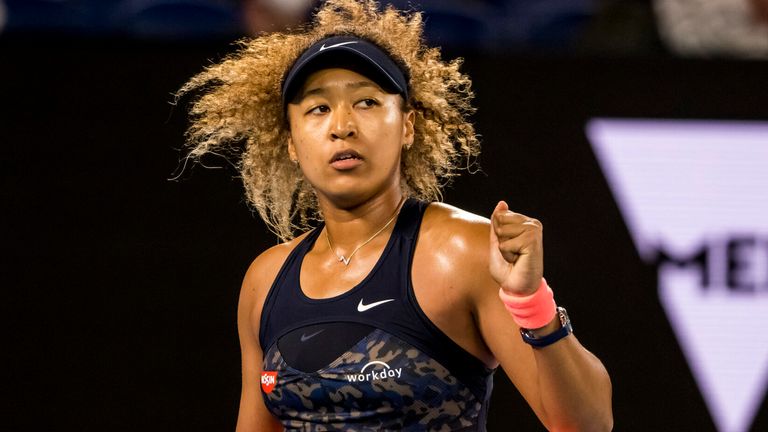 She has quickly become the dominant force on hard courts and believes her next best chance of winning a Grand Slam will come on clay at the French Open, rather than on grass at Wimbledon.

Osaka added she views the expectations on her shoulders as recognition of the progress she has made since winning successive Grand Slams at the US Open in 2018 and at the Australian Open at the start of 2019.

“I feel like I know how much hard work you have to put into this, because the first time that I won both these trophies I think, in a way, I was just a kid,” she said.

“I didn’t really know what I was doing. I was winning my matches, but I wasn’t really appreciating the moment, the tournament, how hard it is to even get to the position that I’m in right now.” Brady reached the final despite having to go through a two-week hard quarantine in her Melbourne hotel after it was determined that someone on their chartered flight tested positive for Covid-19 upon landing.

The 25-year-old will break into the world’s top 15 for the first time on Monday.

Brady, who also reached the US Open semi-finals last September, believes she now belongs among the best in the world despite feeling “mixed emotions” after defeat.

“I think I belong at this level. I think winning a Grand Slam is totally achievable. It’s within reach,” she said.

You know, playing out there, obviously, I was nervous, didn’t go my way, but at the same time coming off the court, I was, like, Okay, that feels a little bit normal.

“It felt different than what I was expecting it to feel like. If you were to ask me maybe a year ago, I wouldn’t think it’s possible or it would feel like it’s, like, going to Mars. So I would say just being more comfortable at this level.”