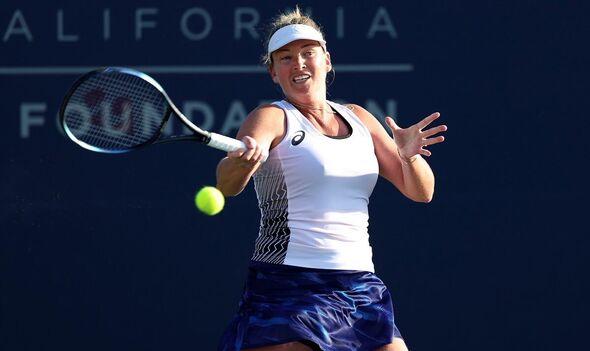 American tennis star Coco Vandeweghe is back from a lengthy spell in rehab having suffered through physical and mental issues over the past few years – including blowing her finger off during the COVID-19 pandemic. Vandeweghe looked to be making waves on the WTA Tour when she broke into the top 10 six years ago only for a serious ankle injury to curtail her progress.

It’s been a long road back for the 31-year-old as she’s spent the past few years still battling to get back to her best. The 2023 season is the first time Vandeweghe admits she is not carrying any underlying issues heading into the year.

Currently ranked outside the top 100, Vandeweghe had to go through the qualifiers to get into the main draw of the Australian Open. While not picking up the win she was hoping for in the first round against Anhelina Kalinina, Vandeweghe seemed in good spirits about her game.

Speaking to BBC Radio 5 Live, the 31-year-old reflected on the years of rehab she went through following the ankle injury in 2018. And she also spoke about the time she needed to undergo reconstructive surgery on her little finger after it was severed following a microwave incident.

Win a pair of tickets to the Premier League or Women’s Super League match of your choosing! Enter below. CLICK HERE

“I know you touched on the ankle injury that I had, it finally caught up to me at Wimbledon in 2018 in that first round and I ended up developing this neurological issue – it’s called CRPS, complex regional pain syndrome,” Vandeweghe said. “It’s your central nervous system basically going haywire. As it was explained to me, it’s basically your body telling you to stop when you won’t tell it to stop.

“I’d basically been playing on a broken foot for half a year and just kept playing, kept playing, kept playing and unfortunately took it too far and the hypersensitivity was so extreme I couldn’t even have a bed sheet on my foot, it was that painful. I lost the complete ability to walk so that was my first goal when coming back and playing and trying to compete and then Covid happened and as crazy things go over Covid, I blew off my pinky finger.

“That was something not to write home about. My mother was not happy with me. I was taking a bowl out of the microwave and it exploded in my hand and severed my pinky finger on my left hand so my two-handed backhand suffered for a while.

“I had to have full reconstructive surgery on it and started to come back and play a little bit. Now this is my first year coming in with a healthy offseason and yes I am going to be playing a lot of qualifying events, trying to rebuild my ranking.

“Qualifying for a Grand Slam is something I haven’t had to do since I was 18/19 years old. Doing it for the first time, coming to Australia for the first time and having those experiences and I tell you what, playing qualifying is not easy. It’s not easy at all.

“Last year on qualis, it’s a dice roll. When things are going easy, it can turn on a dime and now you’re in a breaker for the third set to try and qualify. You think you know how to get things done and it turns on a dime.”