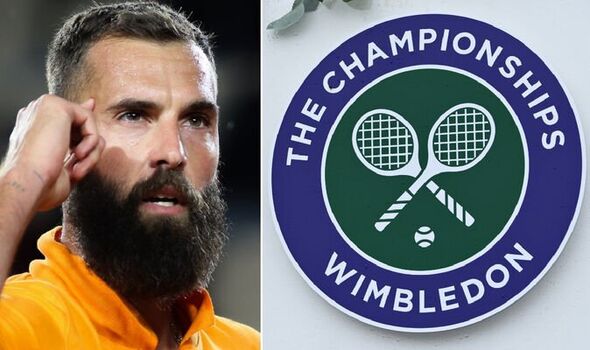 Frenchman Benoit Paire on Tuesday called a press conference after losing at the French Open to declare: “I will go to Wimbledon to get my prize money, as I would for an exhibition tournament.” The start of Roland Garros has been dominated by talk over Wimbledon’s decision to ban Russian and Belarusian players – and the reaction of the ATP and WTA to strip the event of ranking points.

World No 2 Daniil Medvedev has called the points penalty for the grass-court Grand Slam “logical”. But Paire, who lost today to Belarusian Ilya Ivashka and was not obliged to speak, requested to come into the interview room at Roland Garros and unleashed a rant about the points decision.

And when he was asked about his match, the world No 78 said: “My beginning of my season was not easy. I knew that I was not going to play up to par. I would like to talk about Wimbledon, however. I would like to know if ATP defends more players or Russia.

“This is why I wanted to talk with you guys. Because we are going to play a tournament without any points. When some people had Covid, we didn’t say, Oh, okay, we should cancel the tournament altogether. But then we have three or four Russian players, including Medvedev, and we are rallying against Wimbledon.

“I think it’s a pity, because if we were to listen to all the players, players do not understand this decision. 99 per cent of players, they want to have points and to play the tournament as it was before. So I want to know if ATP wants to defend players or Russia.”

Asked if he will play Wimbledon, Paire continued: “I will go there to get my prize money, as I would for an exhibition tournament. But the question is: Why didn’t they talk with players upstream?

“Yes, when they say there was a council which voted, nobody told us about this. If it’s a war between ATP and Wimbledon, it’s not nice for us, because we want to play normally. I’m sorry for Russia and Russians, but they are the ones causing all the trouble. And all the ATP players are actually paying the price. Medvedev will be No 1 worldwide. This is absurd.

“We should actually take position for all the players in the world, and it’s the opposite that is being done right now. Yes, there is a war in Russia, so there can be some sanctions that can be made. But ATP should defend the majority of players, not four or five players.

“All the other players are actually having problems because of this decision. Remember Covid, when three or four players couldn’t play because they had COVID because they were locked in their room? They didn’t decide to freeze the points.

“No, that’s not the decision that was made. And I don’t understand this. We are all penalised by this. It feels like we are going to an exhibition tournament just to cash a check.”