Arnya Sabalenka is through to the Australian Open semi-finals

Billie Jean King called for Wimbledon to allow Russian and Belarusian players to compete at the All England Club this year as Aryna Sabalenka set up the possibility of an all-Belarus Australian Open final.

With Russian Karen Khachanov through to the semi-finals in the men’s draw and Andrey Rublev also in the quarter-finals, the stakes could not be higher as Wimbledon organisers weigh up whether to reverse last year’s ban.

Speaking at a press conference to celebrate the 50th anniversary of the founding of the WTA, King said: “Just have them play and get their money.

“I hope they do, just keep it the same way the other ones are. Life is too short.  The WTA was started for that, so we’d all have one voice to help protect players.” 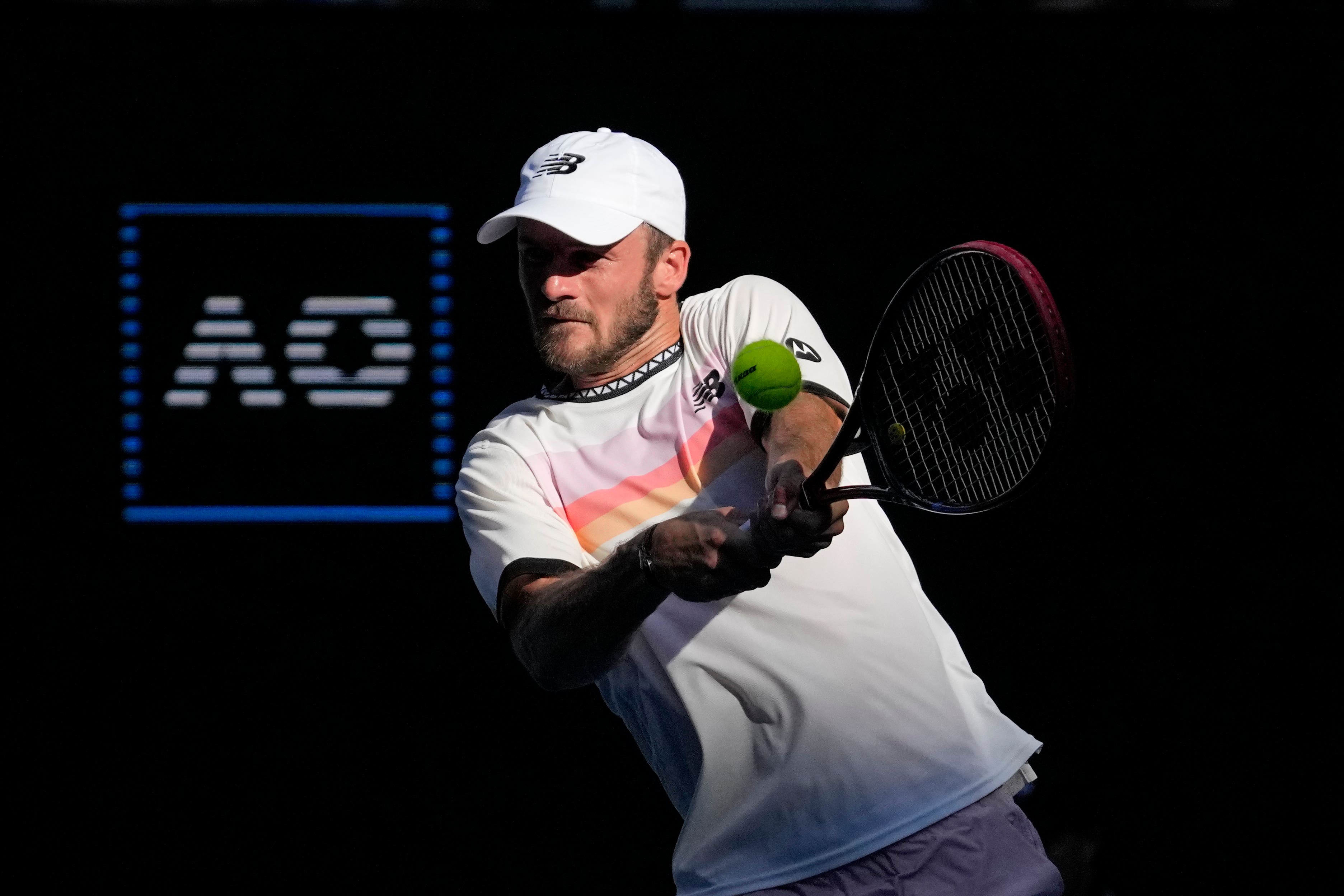 With the war in Ukraine showing no sign of ending, Wimbledon risks being accused of hypocrisy if Russians and Belarusians are allowed to play this year, but a continued ban would again put them in conflict with the WTA and ATP.

World number five Sabalenka reached the semi-finals of Wimbledon in 2021 and would have been one of the favourites had she been allowed to compete last summer.

Some Ukrainian players continue to call for Russian and Belarusian players to be banned more widely, and Sabalenka said: “I would say that of course it affects me a lot.

I just understand that it’s not my fault. I have zero control.

“That was tough and it’s still tough. But I just understand that it’s not my fault. I have zero control. If I could do something, of course I would do it, but I cannot do anything. Just having this understanding is really helping me to stay strong.”

Spectators were banned from bringing Russian and Belarusian flags into Melbourne Park last week after outrage at a Russian flag being held up during a match between a player from that country and Ukraine.

Sabalenka will certainly be favoured to make her first grand slam final after continuing her impressive form against Croatian Vekic.

The fifth seed is yet to drop a set in her nine matches in 2023, combining her trademark power with more control and a renewed confidence in her big serve, which was such a liability last year.

The match was closer than the scoreline suggested but Croatian Vekic, playing in only her second grand slam quarter-final, paid the price for serving 13 double faults and took only one of 10 break points in the first set.

Sabalenka has spoken a lot this tournament about trying to maintain a calmer approach on court but knows that will be tested as she tries to make it fourth time lucky in slam semi-finals.

She said: “I feel a little bit different. I think that I lost those three semi-finals just because I wasn’t really calm on court. I was overdoing things. I really wanted to get this slam. I was rushing a lot. I was nervous a lot. Screaming, doing all this stuff.

“Right now I’m a little bit more calm on court. I think I really believe that this is the only thing that was missing in my game.

“So right now it’s going to be a real test for me, if I can keep myself calm like I was keeping myself calm during these past matches.”

Linette continued her surprise run by defeating Karolina Pliskova to reach the semi-finals.

The 30-year-old has upstaged compatriots Iga Swiatek and Hubert Hurkacz and becomes the third Polish woman after the world number one and Agnieszka Radwanska to make the last four in Melbourne.

World number 45 Linette, who knocked out fourth seed Caroline Garcia in the previous round, produced a composed performance in her first grand slam quarter-final to win 6-3 7-5.

Asked how she was able to stay so in control, Linette said: “I don’t know. Maybe I still don’t really believe it.

“Just I think also I had so much experience on those big courts before, because almost every grand slam I ended up on a big court one way or another. I played so many big players already.

“It’s just nothing really new for me. Just another match. Of course it’s way more far in the draw. But still, it kind of feels the same.”