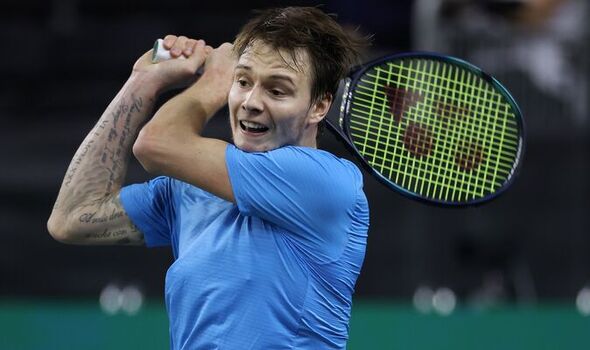 Alexander Bublik has confessed that he still “feels Russian” despite representing Kazakhstan since 2016. The world No 43 opened up on his decision to switch allegiances during his appearance at this week’s Firenze Open, something that worked in his favour this year when Russian players were banned from competing at Wimbledon but Kazakhs were not.

Bublik has been representing Kazakhstan for six years despite being born and raised in Gatchina, Russia. Back when he made the switch to represent Kazakhstan, he claimed that “nobody cared about him” in Russia and said he wouldn’t be “going back”.

The decision ended up working in his favour this year when the All England Club banned all Russian and Belarusian players from competing at Wimbledon this year in response to the war in Ukraine, meaning he could still compete alongside the likes of fellow Russian-born Kazakh Elena Rybakina, who went on to win the women’s singles title.

Discussing the decision during this week’s ATP 250 in Florence, Bublik told Ubitennis: “I represent the country that I am playing for. Yes, I was born in Russia and have lived there for most of my life. I moved to Kazakhstan in 2016 and there is a big emotional connection there. What they did for me is incredible and how they helped me when I was in need.”

While the 25-year-old was full of praise for everything the country and its tennis federation had done for him, he said he still felt Russian. Bublik continued: “Of course, I do feel Russian with my whole family being from Russia.

“But being a player who represents Kazakhstan in the world arenas is a pleasure for me and I feel very proud.” The Montpellier champion got the chance to play at home in Kazakhstan last week during the first edition of the ATP 500 in Astana, winning his opening round but losing his second match.

Bublik has long praised the facilities in Astana, explaining it was part of the appeal of representing Kazakhstan. Explaining why he changed allegiances a few years ago, he said: “They do everything for my successful career. It’s the most important.

“The Tennis Federation of Kazakhstan, they are really worried about me. They help, work, create conditions for me to play well. In Russia it was impossible. There is also a wonderful tennis centre in Astana. I don’t know how to describe it in words. But it’s awesome.”