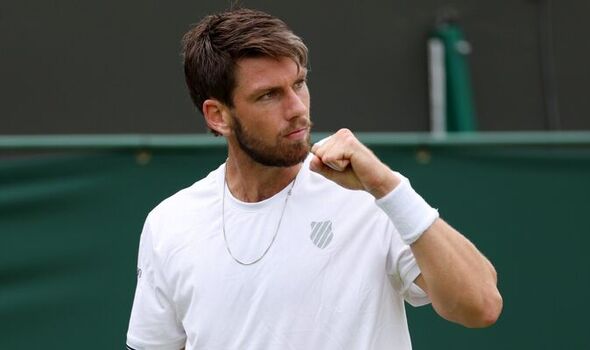 Cam Norrie is one step closer to realising his pre-tournament “big goal” of going past the third round at Wimbledon after easing past Pablo Andujar in straight sets despite the tie twice being postponed due to rain. The British No 1 had to contend with a stoppage midway through his match as rain delayed play on the outside courts for over an hour.

That broke some of his rhythm from a simple opening set of the tournament. Norrie bageled his opponent in just 23 minutes as the No 9 seed looked set to clinch the first win of Wimbledon in 2022.

The rain delay clearly didn’t help Norrie heading into the second set though as that momentum appeared to disappear when they returned. Andujar consolidated his break to move 2-0 up, but the Briton soon recovered with a strong service game of his own before breaking back at 2-2.

A back-and-forth followed between both players with neither giving anything away on their serve after the early exchanges. A tiebreak followed with Andujar desperate to avoid going two sets down to the British No 1. 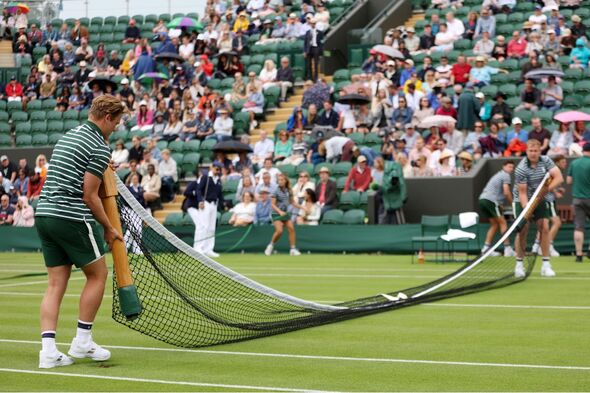 But Norrie made the most of every opportunity he was given, quickly racing to a 4-1 lead. Andujar was unable to react and bring himself level in the tiebreak as Norrie showed his maturity in seeing out the set to take a commanding 2-0 lead.

Norrie was in command from there and soon broke serve at 2-1 with Andujar struggling to find a way back in the game. But just as Norrie had several match points on Andujar’s serve, the heavens opened once more forcing another stoppage.

The downpour was far heavier this time with groundskeepers rushing to pull the rain covers off the court to avoid making the grass slippery for when play could resume. Norrie eventually was able to get the job done once they returned to court to progress to the second round.

Norrie has never gone past the third round of a Grand Slam in his career having fallen at the same hurdle at every major. He reached the third round of Wimbledon last year for a career-best result, but came up against a resurgent Roger Federer.

Norrie was seeded No 29 at the time, but two ATP 250 titles this year along with an ATP 500 final appearance this year saw him make his top 10 debut in the men’s rankings. That’s given him a more favourable draw at Wimbledon this year and No 7 seed Hubert Hurkacz is the best-ranked player he could face in the fourth round.

Norrie will take on Jaume Munar in the next round with the Spaniard beating Thiago Monteiro in straight sets.