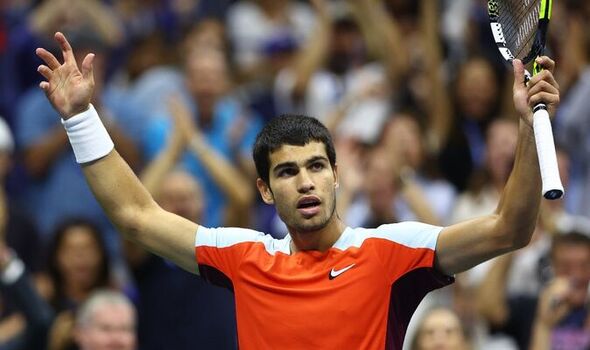 Teenager Carlos Alcaraz has already achieved his two biggest targets in his career by winning a Grand Slam and being named world number one at the same time. His ambitious goals emerged in an old video clip taken when the Spaniard was younger.

Alcaraz could be heard saying: “I’d like to achieve a Grand Slam or to become number one of the world.” The producer then asked: “Maybe both?” before the tennis sensation replied: “Maybe, I hope so.”

The Spaniard won the US Open after beating Norwegian Casper Ruud 6-4 2-6 7-6(1) 6-3 in the final on Sunday night. It was the first time Alcaraz has reached a Grand Slam final and it came after a ‘crazy’ tournament that saw him come through three five-set matches on his way to the showpiece event.

“This is something which I dreamt of since I was a kid, being number one in the world and a champion of a Grand Slam,’ Alcaraz said. “It is something I have worked very hard for. It is really, really special. It’s crazy for me. I never thought I was going to achieve something like this at 19 years old. 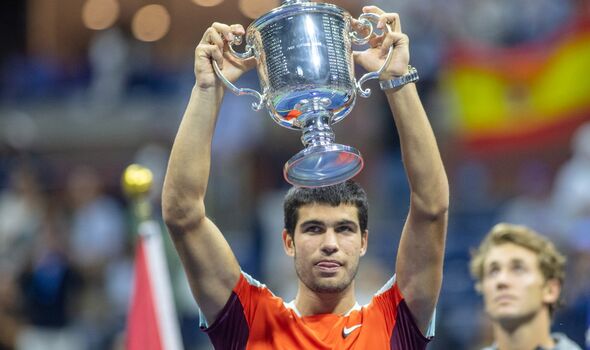 “Everything has come so fast. For me it’s unbelievable. It’s something I dream since I was a kid, since I start playing tennis.”

Spaniard Alcaraz hopes his career will emulate that of countryman Rafael Nadal, who also won his first Grand Slam title at the age of 19 at the French Open in 2005, before going on to win a record-breaking 21 more major tournaments. Nadal has also spent an incredible 209 weeks at number one during his lengthy professional career.

Alcaraz highlighted Nadal out of the ‘Big Three’ – which also includes Roger Federer and Novak Djokovic – as the player he would most like to emulate. “Well I have one (Grand Slam crown),” Alcaraz said. “He (Nadal) has 22. I’m on the way. 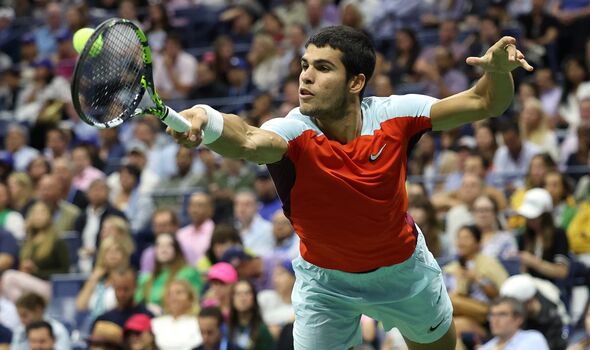 “Right now I’m enjoying the moment. I’m enjoying having the trophy in my hands. Of course I’m hungry for more. I want to be at the top for many, many weeks. I hope many years.

“I’m going to work hard again after this week. I’m going to fight to have more of this. It’s incredible to be the youngest number one ever. But it’s much tougher what the Big Three is doing: stay on top for 20 years. That’s what I’m looking for.”