What does the next superstar of men’s tennis do when he wants to learn to play on grass? Apparently, he gets in touch with Dan Evans.

Carlos Alcaraz prepared for just his third ever match on a grass court by practising with the British No 2 at Wimbledon on Sunday, and said afterwards: ‘I’m trying to watch the training of the best players.

‘I think he plays very well on grass. I’m trying to copy some things from the best ones.’ 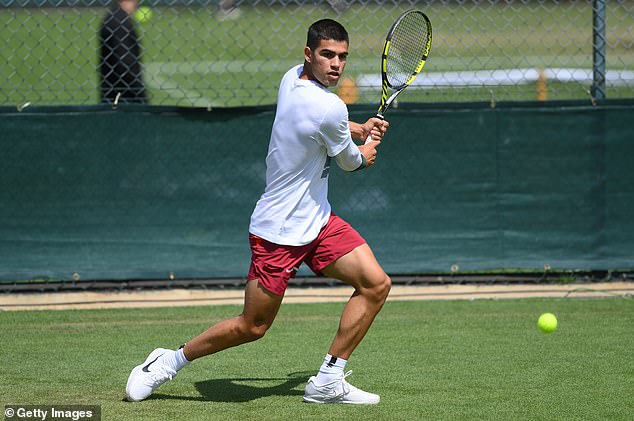 It is a high compliment to Evans and also an indication of the thirst for improvement which has brought Alcaraz so much success at the age of 19.

Not since a shirtless sensation named Rafa Nadal turned up at the All England Club fresh off the French Open title in 2005 has there been this much excitement about a young Spaniard at Wimbledon.

Alcaraz set the tennis world ablaze this year with four titles and 32 wins out of the 36 matches he has played. Everything he does is with the air of a man in a hurry, from surging into the world’s top 10 to haring around the court with remarkable speed. 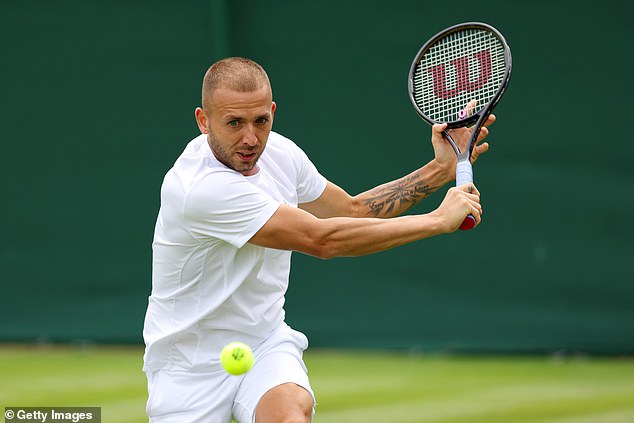 Alcaraz praised British No2 Dan Evans, as he stated that he ‘plays very well on grass’

Many promising players have emerged in the wake of tennis’s Big Three, and some have broken through to win Grand Slams, but there is a sense in the game that Alcaraz may be different; the kind of generational talent that could dominate the sport.

To do that he must solve the grass court riddle, and that may take time. His preparation for this fortnight was restricted by an elbow issue to a couple of defeats in exhibition matches at the Hurlingham Club.

But with his speed and electric play at the net there is no reason to believe he cannot become proficient on the lawns, perhaps even incorporating a healthy dose of old-school serve and volley. 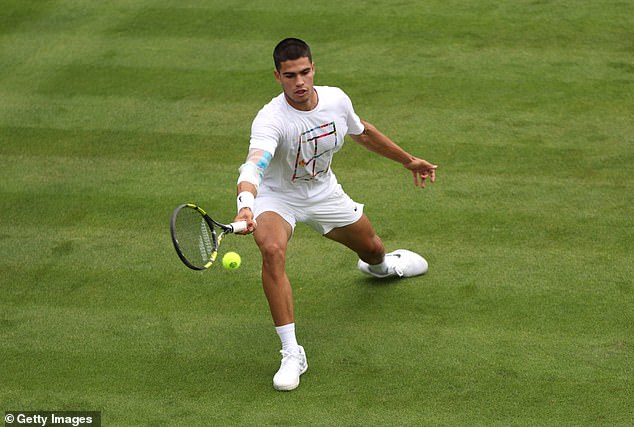 Alcaraz explained how he sees his ultra-aggressive game translating to grass: ‘The hardest thing for me is to move well,’ he said. ‘But I have a game to adapt well on grass, trying to go to the net, playing aggressive. I would say I’m able to play well on grass.

‘I couldn’t play a tournament before Wimbledon, so this week is going to be tough for me.

‘But I always come to every tournament thinking I’m able to have a good result or even win the tournament.’