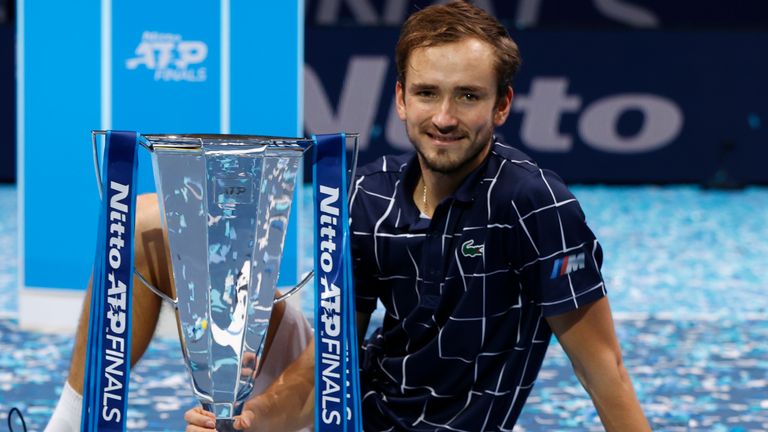 Daniil Medvedev says the breakthrough is coming as the next generation keeps pushing the big three of Novak Djokovic, Rafael Nadal and Roger Federer.

The Russian, who became the first player in the 50-year history of the ATP Finals to beat the world’s three leading players at the same event, went into Sunday’s final against Dominic Thiem having not lost a match all week and he fought back from a set down to seal the biggest title of his career.

Medvedev and Thiem made a statement by both beating Novak Djokovic and Rafael Nadal en route to the final and, although those two greats will remain the favourites for the biggest titles, there is no doubt the gap is closing.

Medvedev pushed Nadal to five sets in his first Grand Slam final in New York in 2019, while Austrian star Thiem became the first new major champion since 2014 when he lifted the US Open title in September beating Alexander Zverev in the final. 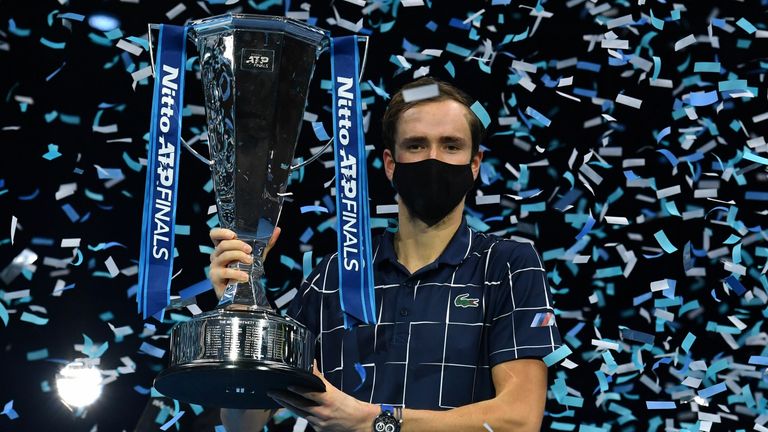 “Hopefully all of us young guys will continue pushing, will have some great rivalries,” said 23-year-old Medvedev.

“Hopefully we can be there for a long time, maybe pushing the other generations back, because that’s how we can be close to the top three. They probably went through two, three generations without dropping their level, which is not easy.

“But what is definitely good from us, from Dominic, from me, we managed both to beat Rafa and Novak, which is an amazing accomplishment.” 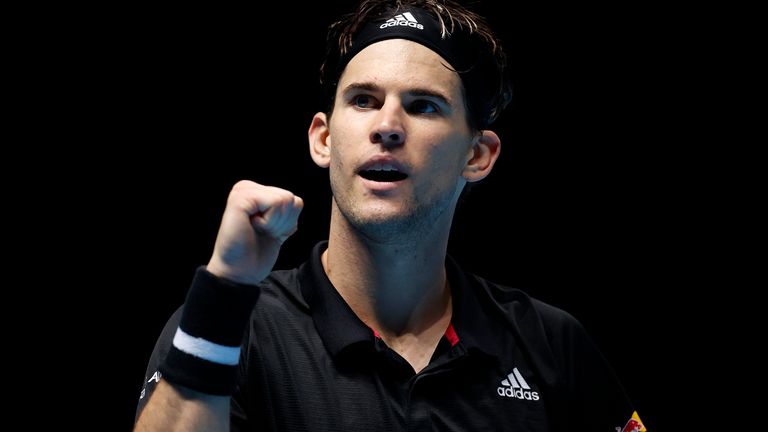 Thiem believes the future of tennis has arrived, saying not only can they play against the greats of the game but they’re beating them and winning on the biggest stage.

“I think next few years the big three will still play for every big title, but I guess there’s still gonna be a time when those guys retire in three, four or five years. And then I guess we will be the favourites for all the big titles.

“I think for tennis some exciting times are coming.” The 27-year-old, who was runner-up to Djokovic at this year’s Australian Open, feels the next challenge is to maintain people’s interest in the sport by performing at their peak.

“I think it’s super important for the sport because Roger, Rafa, Nole (Djokovic) and also Andy (Murray), they did so much for the sport. I think they brought so many people to tennis,” said Thiem.

“There is going to be a time when they are not around anymore, and then it’s going to be so important to keep all the tennis fans.