Danil Medvedev believes his coach walking out win during his Australian Open third-round win over Filip Krajinovic played into his hands. Medvedev claimed a five-set victory (6-3 6-3 4-6 3-6 6-0) over his Serbian opponent on Saturday, recovering well after squandering a two-set lead.

The Russian vented his frustration at surrendering his early dominance in the contest by shouting at his coach Gilles Cervara, who responded to this by getting up and walking out.

This did not derail Medvedev’s hopes of progressing to the fourth round of the competition, though, as he battled back to claim the final two sets.

Speaking after his victory, the World No.4 had no regrets over his actions as he explained how his coach’s decision to leave had a positive outcome. 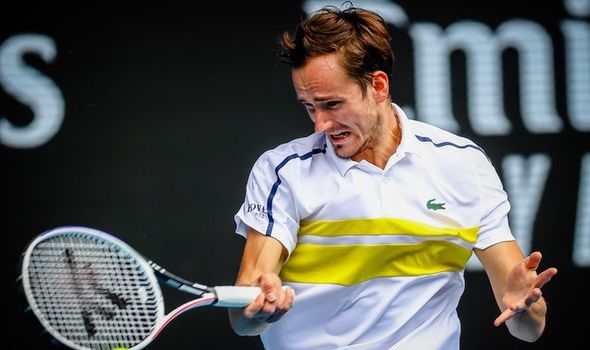 “I don’t know what was going through his head, but at least what he said is that he was sure I’m going to win, and he just wanted to leave me alone to be calm. We were both frustrated by the situation.

“It’s something that happens sometimes throughout the year. We’re all human”.

“Sometimes maybe I will disagree but this time for sure it was a good thing to do. It happens once per year, two times per year maximum, maybe once in two years, but today it helped, and definitely we’re going to talk about it a little bit, but there is not a big deal.”

Known for his aggressive outbursts in matches throughout his tennis career, Medvedev believes he has toned down his antics in recent years despite this latest incident.

“Even three, four years ago, I could go crazy any match,” he admitted.

“Now I think I have made big steps already working on my mental strengths. Sometimes I’m a very temperamental person on the court so sometimes it can still get out, and usually it doesn’t help me to play well.

“I think he felt also the momentum change, so he started playing better. I’m happy that I managed to keep my cool in the fifth set.”

The Russian won the ATP Cup in November and is currently on an impressive run of 17 consecutive victories.

His next opponent will be American Mackenzie McDonald, who he faces in the fourth-round of the Australian Open.