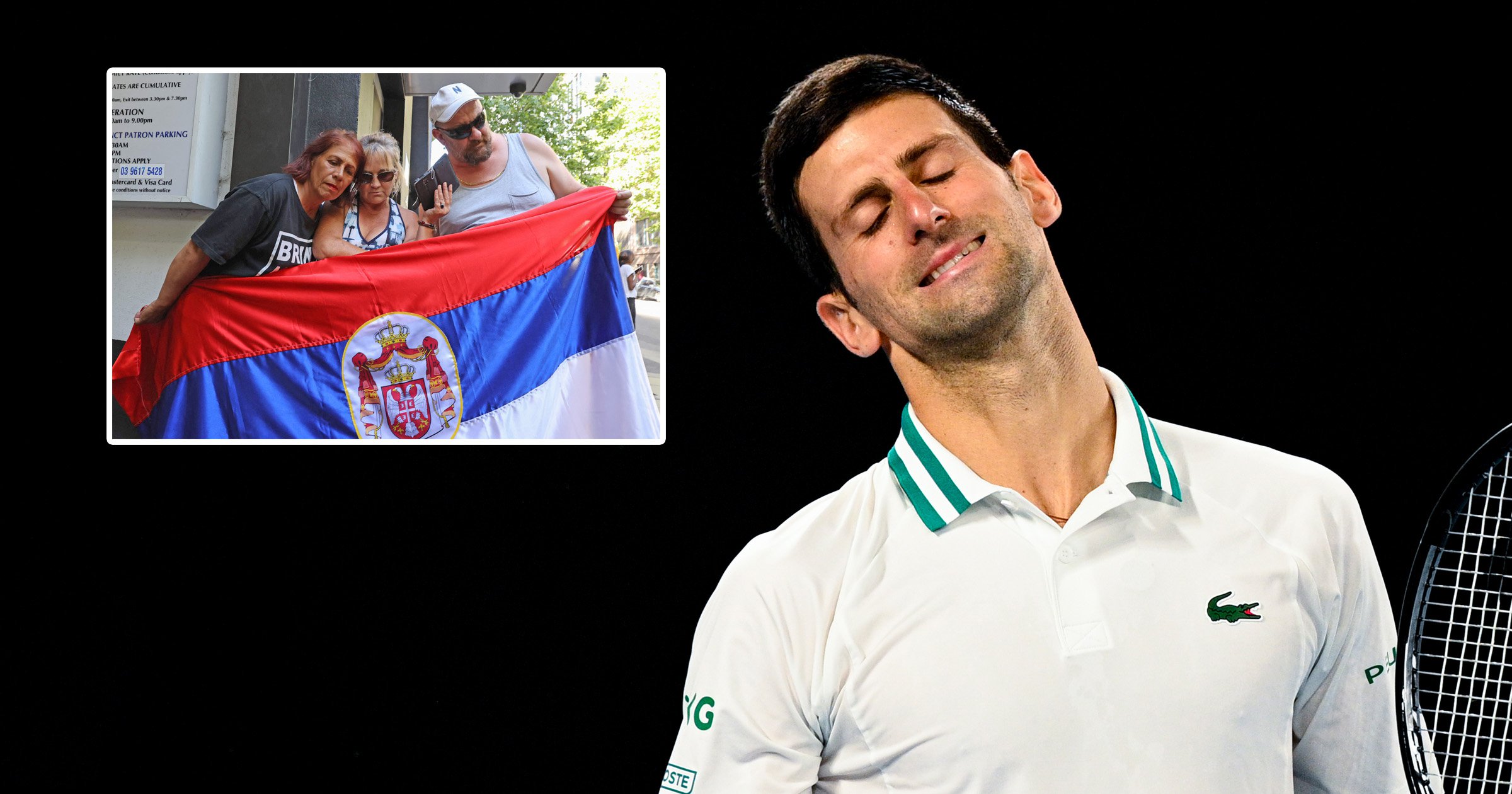 Novak Djokovic says he is ‘extremely disappointed’ after losing his last-ditch court appeal to stay in Australia and defend his Australian Open title.

The government cancelled the unvaccinated tennis player’s visa for a second time this month on public health grounds.

Tennis world number one appealed but judges upheld the decision on Sunday, meaning Djokovic will now be deported.

The Serbian star arrived in Australia on January 6 hoping to win a record 21st Grand Slam and was due to begin his campaign on Monday.

But during Sunday’s court hearing, which was held before a three-judge panel, Djokovic’s legal team unsuccessfully argued that the reasons given by the government were ‘invalid’ and ‘illogical’.

Following Australia’s verdict, Djokovic said: ‘I’d like to make a brief statement to address the outcomes of today’s Court hearing.

‘I will now be taking some time to rest and to recuperate, before making any further comments beyond this.

‘I am extremely disappointed with the Court ruling to dismiss my application for judicial review of the Minister’s decision to cancel my visa, which means I cannot stay in Australia and participate in the Australian Open.

‘I respect the Court’s ruling and I will cooperate with the relevant authorities in relation to my departure from the country.

‘I am uncomfortable that the focus of the past weeks has been on me and I hope that we can all now focus on the game and tournament I love.

‘I would like to wish the players, tournament officials, staff, volunteers and fans all the best for the tournament.

‘Finally, I would like to thank my family, friends, team, supporters, fans and my fellow Serbians for your continued support. You have all been a great source of strength to me.’

The decision to allow Djokovic to enter Australia based on a ‘medial exemption’ caused public anger, with Australia dealing with strict Covid restrictions over the past two years.

The government has repeatedly said that no-one is above the strict rules in place to cope with the pandemic.

Djokovic, who was being held in a detention hotel after being denied entry into Australia, now faces a three-year ban on returning to the country.

After the first time Australia cancelled Djokovic’s visa, the 34-year-old admitted his travel declaration was incorrect as it failed to indicate he had travelled to multiple countries in the two-week period before his arrival in Melbourne.

Djokovic also admitted being interviewed in person by a journalist in December, even though he has tested positive for Covid the previous day.