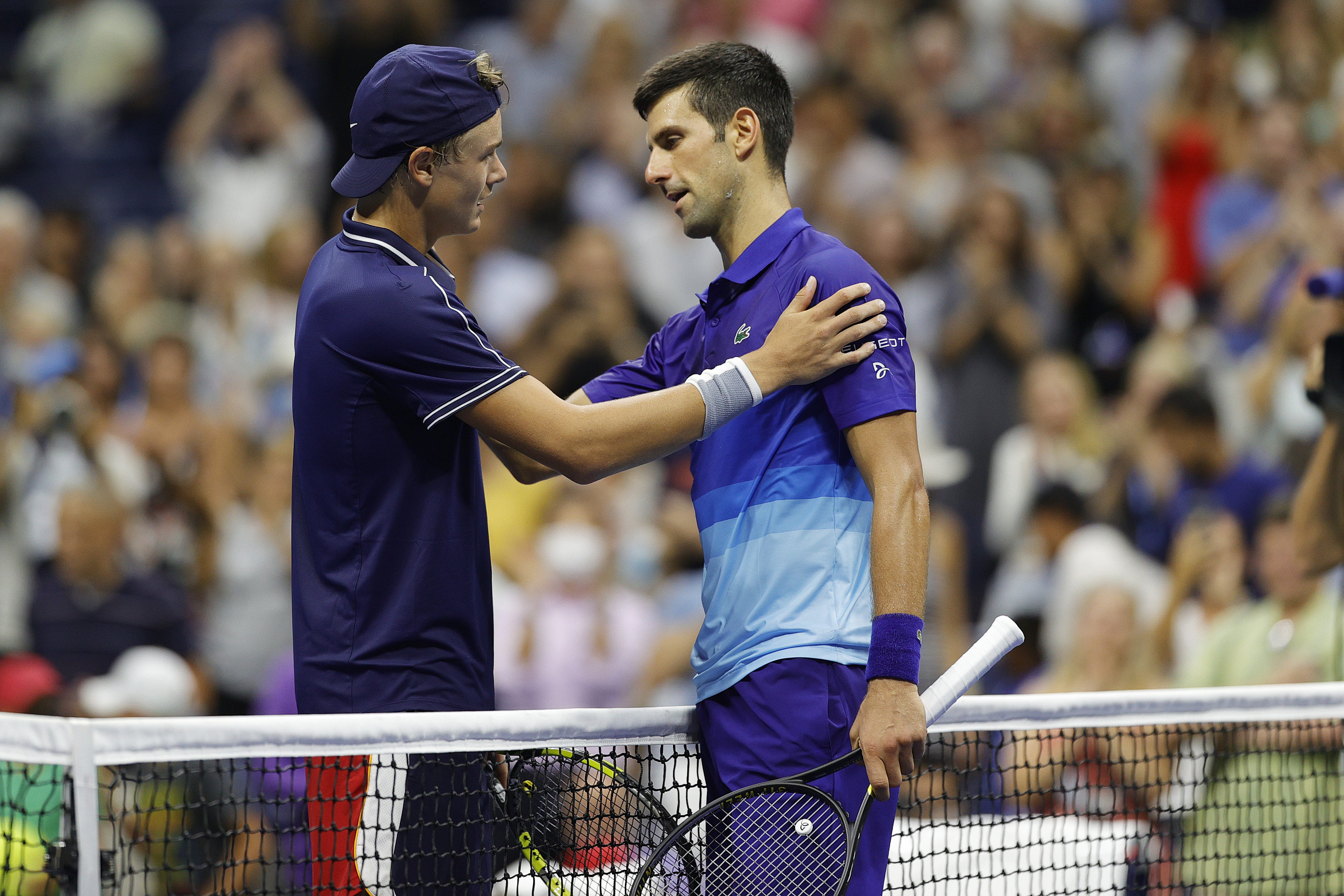 Novak Djokovic told Danish teenager Holger Rune he ‘handled himself extremely well’ and ‘earned his respect’ for his hard-fought display in their first-round US Open match.

Rune earned plenty of plaudits from the crowd at Flushing Meadows after taking the second set on a tie-break, and even after experiencing difficulties in the third and fourth sets, he refused to quit.

‘We just had a little chat in the locker room. It’s an emotional moment for him. It’s not easy to see that. He’s really sad. I understand that. I’ve been through that,’ Djokovic said.

‘I just told him that he handled himself extremely well. He didn’t want to stop. I thought he’s going to stop at the end of the third. He just kept going with dignity, finished off the match.

‘He deserved definitely my respect, the respect of a lot of people. He’s still very, very young, 18 years old. He’s got plenty of time ahead of him. I’m sure we’re going to see a lot of him in the future.’

Djokovic was quick to admit he was far from his best but was keen to laud praise on the 18-year-old, who was competing in a best of five set match in the main draw at a Grand Slam tournament for the first time.

‘I got to say it’s never nice to finish a match like that. Holger deserves a big round of applause. It’s unfortunate,’ said Djokovic.

‘I was trying to feel the ball out there. It wasn’t the best of my performance but he played well and I didn’t serve well in the decisive moments of the second set. After that it’s difficult to talk about the match, he couldn’t move much.

‘It happened to me when I was younger. These things happen. You could see he struggled a lot and I feel for him. I’m sure we’ll see a lot of him in the future.’

Rune had to regularly receive treatment in the latter stages of the match as his cramping left him unable to walk properly between points as the world No.145 could be seen shaking his head in frustration.

And while the talented teenager may have left the court downbeat, he will certainly not forget the time he took a set off the world No.1.

‘It was (a) crazy experience, playing against Novak on Arthur Ashe is probably one of the dreams come true,’ Rune explained.

‘To be able to win one set as well was great. I had high beliefs in myself throughout the whole match. First set, I thought the score was pretty easy for him, but I thought it was a pretty good level of tennis for both.

‘Unfortunately my fitness let me down. I started cramping already in the beginning of the third set. From there on was tough. I knew if I had to win, I really had to fight for every point. With my body at this point, it was impossible.’

Djokovic will play Dutchman Tallon Griekspoor in the second round.