Novak Djokovic has overcome a dogged world No.12 Denis Shapovalov to draw Serbia level with Canada in the ATP Cup at Melbourne Park.

The world No.1 and eight-time Australian Open champion – playing in a rare daytime match – was too good in the big moments, prevailing 7-5, 7-5 in just under two hours. 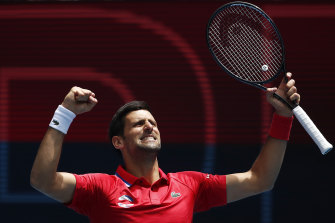 Djokovic, who hasn’t endured the perfect preparation after (momentarily) pulling out of an exhibition match in Adelaide due to blisters on his hand, went into the clash under some pressure.

Milos Raonic had taken the opening rubber for Canada, meaning Djokovic had to win to send the tie to doubles.

While Djokovic didn’t appear deterred by his blisters, the Serbian did struggle with the sun at times. The world No.1 has played the vast majority of his matches at Rod Laver Arena at night.

“It’s a great opening of the season,” Djokovic said on court after the match. 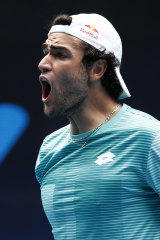 No.100 Dennis Novak handed Austria a 1-0 lead with a win against Fabio Fognini, meaning the Italian No.1 needed victory to get his country back into the tie.

“I’m very happy obviously for myself, but in this competition we’re playing for a team, so it’s really nice,” Berrettini. “I’m really happy with my performance.”