Emma Raducanu has everything in her game to crack the top 20, believes Greg Rusedski… but the former British No 1 calls for patience as the 18-year-old starlet prepares to get her US Open campaign underway on Tuesday

A glittering future awaits Emma Raducanu, who should be aiming to be inside the world’s top 50 by the time Wimbledon comes around next year.

That is the view of Greg Rusedski, who believes that she will eventually go higher than that, while calling for people to be patient when it comes to her development phase.

On Tuesday Raducanu tackles world No 14 Jennifer Brady at the US Open, a player who reached the semi-finals in New York last year but who has little recent form after a foot injury ruled her out of Wimbledon. 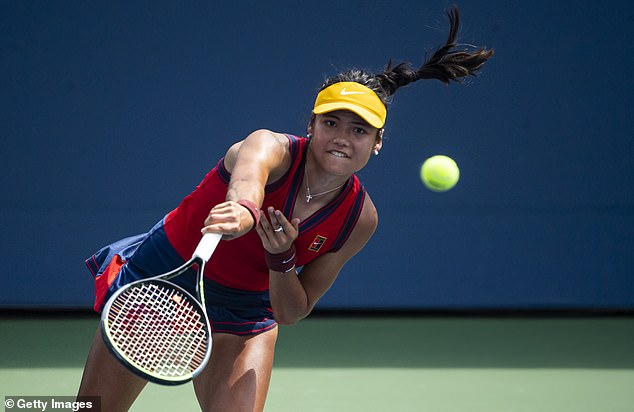 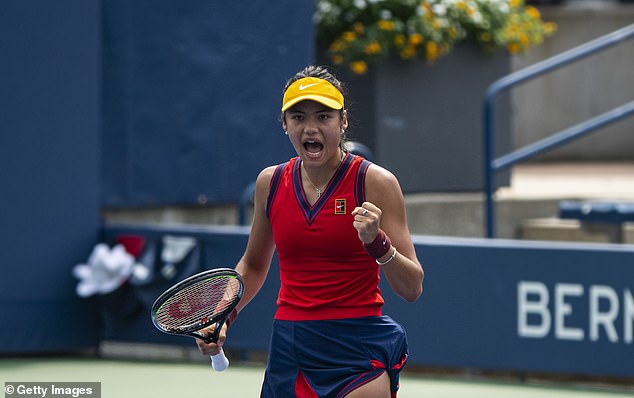 The 18-year-old has the talent to break the top 20, in the eyes of former player Greg Rusedski

Rusedski, a former finalist at Flushing Meadows, reckons that the 18-year-old from Kent took the right approach by knuckling down at lesser events in America following her sudden rise to prominence this summer.

‘What I like is that she bounced back after Wimbledon,’ he said, ahead of the season’s final Grand Slam starting later on Monday.

‘I like that she went down to lesser events and played really well. The signs are good to me and there’s no reason she can’t be in the top 20 and then we’ll see.

‘But we have to be patient. If she can get into the top 50 by next Wimbledon then that would be good. Already she looks fairly complete with few weaknesses. I still think she could get more out of her serve but she is already a very good mover.’ 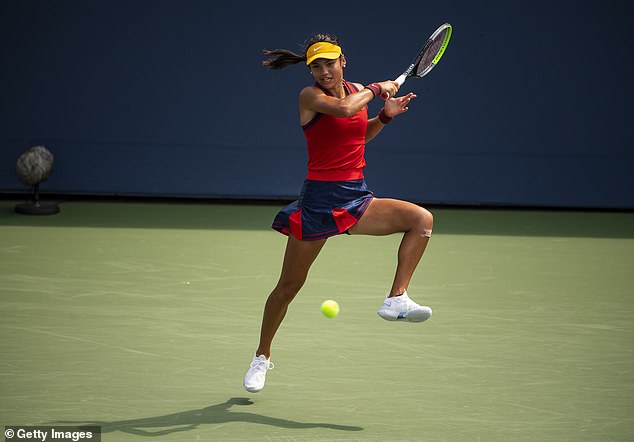 Eight British players are in the singles field this week, with six due to play on Monday. Another top 20-bound player, according to the former British No 1, is Cam Norrie, who begins late on Monday against Spain’s Carlos Alcaraz. His official current ranking is 29.

‘Cam has been our most impressive player this year and in the Slams so far he’s only been stopped by either Rafael Nadal or Roger Federer,’ Rusedski added.

‘For him I see top 20 or maybe top 15, perhaps not higher but I’d like to be proven wrong on that.

‘If you look at the race based purely on this year, which is probably more accurate (the rankings are still not back to operating on the past year’s results) he’s at 13 so he is not far off. I would still say that Dan Evans has more variety and more feel than him.’ 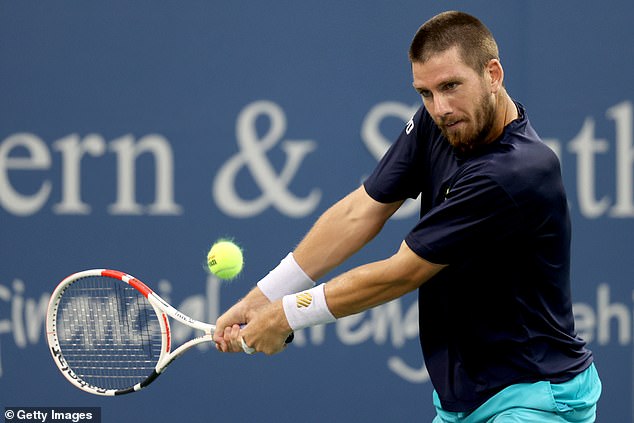 While the women’s field is wide open, especially with the issues surrounding defending champion Naomi Osaka, the main focus is on Novak Djokovic in the men as he goes for the calendar Grand Slam.

However, Rusedski believes this is anything by a foregone conclusion.

‘Novak is the man to beat but this is going to be the most pressure that he has ever been under in his career. Look at what happened to Serena Williams when she was going for the same thing in 2015 – she ended up losing in the semi-finals to Roberta Vinci in a huge upset.

‘Daniil Medvedev is the biggest threat. He got crunched by Novak in the Australian Open final but I am sure he will have learned from that. I also think that Alex Zverev could be dangerous after what he did to Novak at the Olympics.

‘Zverev winning the Olympic gold could have the same effect on him like it did on Andy Murray in 2012, when he went on to win in New York.’ 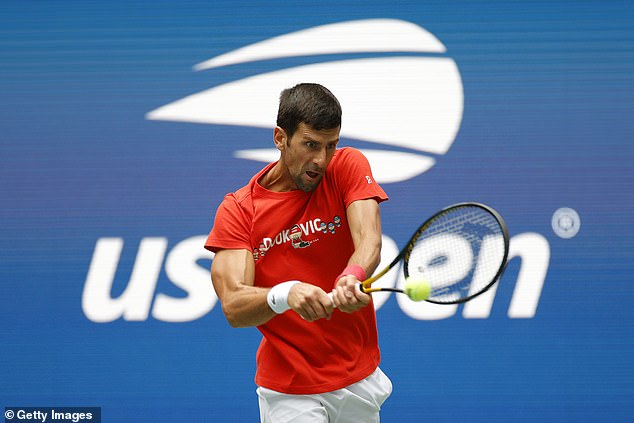 Greg Rusedski will feature on Amazon Prime’s coverage of the US Open, which starts at 4pm on Monday.