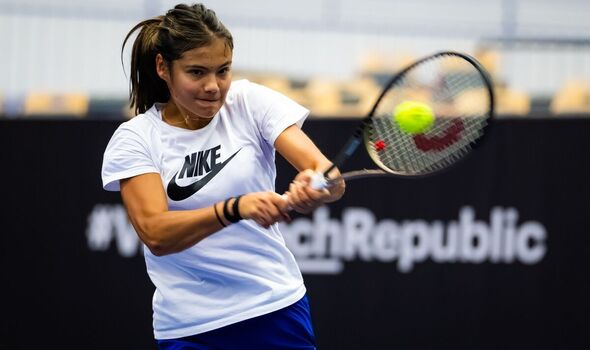 Emma Raducanu has confessed that she doesn’t expect her 2023 season to be easy as she pledged to “start again” after a taxing first full year on the professional tennis tour. The British No 1 is set to play her first match in more than three months at the Mubadala World Tennis Championship exhibition on Friday after a wrist injury ended her freshman season early, and she is hoping for a clean slate going into 2023.

Raducanu will be back in action on Friday as she takes on world No 2 Ons Jabeur in an exhibition match in Abu Dhabi. It will be the first time fans get to see the 20-year-old on a match court since she ended her first season on the professional tour with a 17-19 win-loss record when a wrist injury forced her to pull out of her last two tournaments – the Transylvania Open and Billie Jean King Cup finals.

More than three months since her last match in Ostrava – an opening-round loss to Daria Kasatkina – the world No 75 has now reflected on her first experience of life on tour and confessed there were still come concerns as she didn’t expect next year to be “smooth sailing” just yet. “For next season I’m aiming to start again and try to learn from the lessons of last year,” the 2021 US Open champion told reporters in Dubai.

“I don’t think it will necessarily be smooth-sailing but I’ll be more prepared and have a better idea of what to expect at each event.” Raducanu spent much of 2022 hampered by injuries and niggles, retiring from a match on four separate occasions.

The former world No 10 had issues with blistering as well as injuries on her leg, back, left side and glute before the wrist problem that cut her season short, and has now realising just how much of a toll the full tennis season can take on her body but is better prepared for the challenges next season. She continued: ““Just how taxing the season is physically.

“I think I’ve put in good preparation, so I’m looking forward to seeing how that holds me for the next year. For me now it’s all about increasing my hours on the court because that is something I am quite light on. Physically, though I am in a better place.”

The 20-year-old has been working on her fitness and physique since linking up with Andy Murray’s former strength trainer Jez Green, and will now be hoping to see where her tennis is at in her match against Jabeur to work on her technique before the new season.

“Getting a sense of competition and being able to have a match before the new season starts is really important and I’ll be able to improve from there and see where I am competitively,” she said. “It’s been a while since the last tournament, so just putting more time on the tennis court. I’m looking forward to playing this event.”