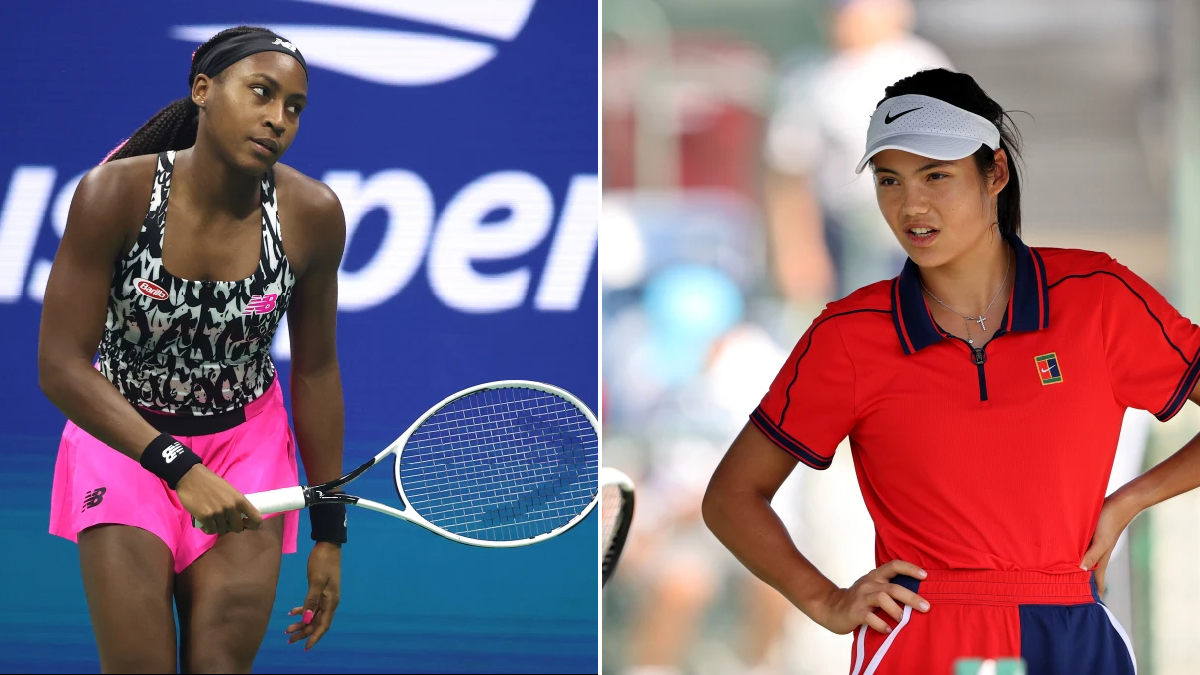 Coco Gauff believes Emma Raducanu should aim to ‘set time away from the phone’ to avoid getting caught up in the social media hype surrounding her success.

The 18-year-old hasn’t been out of the limelight since her fairytale triumph at the US Open last month as she became the first qualifier to win a Grand Slam.

A victory of such magnitude has seen her life change dramatically – since then, the British sensation has appeared at the Met Gala and the London premiere of the new James Bond film.

Her meteoric rise has also seen her following on Instagram reach the two million mark with the teenager remaining active on the social media site, alongside Twitter, while also setting up an official platform on Weibo – a Chinese microblogging site.

But Gauff, who is active on social media herself and saw her own followings skyrocket after her run to the fourth round at Wimbledon in 2019 aged 15, has urged Raducanu to take breaks from her phone.

‘I would say the best thing I would give her, which I’m sure she’s probably heard of, is just make sure you set time aside from the phone,’ the American said.

‘It is exciting when you [are] getting all the retweets and the follows and all of that, but it can be a bit overwhelming sometimes.

‘At least with my experience with it.

‘I think that and that’s probably what I would have wished I would have known then – not to focus on social media.

‘That’s the same advice that I was given, so I just pass that along. It’s not my own advice.’

All eyes will be on Raducanu this week when she plays her first competitive match at Indian Wells since winning in New York.

Raducanu is seeded 17th upon her return in California and will face Maria Camila Osorio or Aliaksandra Sasnovich in her first match on Friday or Saturday, having received a bye into the second round.

Raducanu is currently the 7/1 favourite with Betfair to win the US Open and just like she did during her US Open triumph, you can get the Brit to win the tournament without dropping a set at 40/1.