Roger Federer: The fans are the centre of everything

Roger Federer has revealed he cried before his final Wimbledon appearance because he knew he would never win another title. But the Swiss superstar insisted the sport has a bright future with new US Open champion Carlos Alcaraz.

Federer, 41, revealed last week he was to retire at the Laver Cup after undergoing three operations on his right knee. He is set to make an emotional farewell playing in the doubles with Rafa Nadal against Jack Sock and Frances Tiafoe on Friday evening.

The 20-time Grand Slam winner has not played a competitive match since losing the quarter-final at Wimbledon last year to Hubert Hurkacz. Federer still won four matches at SW19 last year – including beating Cam Norrie in the third round – and he recalled: “I still truly believed if I would have won that match somehow then maybe I could have made it to the final. I think it was Matteo Berrettini next. I had beaten him in the past at Wimbledon. Then if it’s not Novak in the final, you never know. So in that moment, you believe in it.”

But Federer went on to admit: “When it’s all said and done, you’re like: ‘Geez, I was miles away.’ What I do remember is when I lost to Felix (Auger-Aliasime) in Halle, I cried after the match and I knew I would not win Wimbledon. So I was realistic about my chances at Wimbledon. Once you are in the moment, you try to convince yourself at all costs. I knew that it was going to be a really, really difficult Wimbledon.” 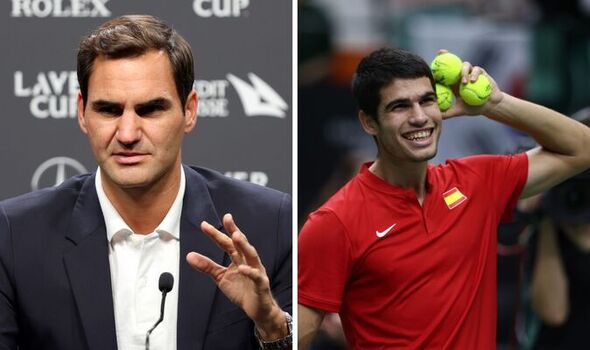 The final set the eight-time Wimbledon champion ever played at the All England Club was 6-0 against Hurkacz. Speaking to a small group of British reporters in The O2 before his final event, Federer recalled: “It was an amazing result I thought given the circumstances with my knee. Now at the end of that match was one of the worst moments of my career because I really felt awful. It was over, the knee was gone, and then knowing I had to face the media right afterwards in a short amount of time was really hard. But for me, it is what it is. You know you can’t turn back the time and go: ‘Oh, we should have changed this’. So be it. Honestly, it’s fine.”

Teenager Carlos Alcaraz won the US Open earlier this month to become the youngest ever world No.1 to show how tennis keeps producing new stars and storylines. “Of course, it is disappointing never to have played against him,” he said. “I closely followed what he did at the US Open and the whole year. It was fantastic, his game is brilliant and I always said that there will be new superstars in tennis. He is one of them. Sometimes people have a habit of not believing it, like when Pete and Andre left. They said: ‘What are we going to have now?’ Well, it was Novak, Rafa, myself, Murray, Stan.” 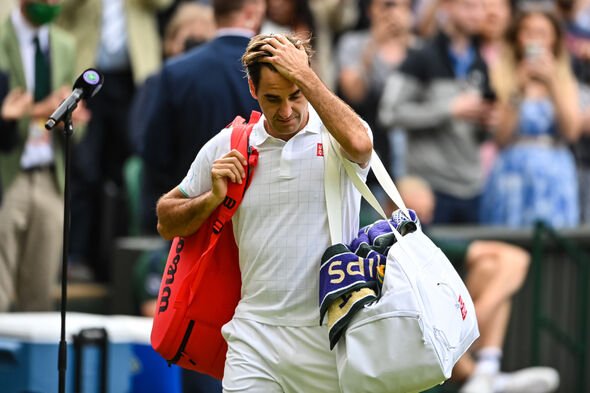 Asked if seeing a teenager win a Grand Slam convinced him he was making the right decision to retire, the 41-year-old said: “Obviously my decision was taken way ahead of that time. I’ve seen what Zverev and the big guys do. Medvedev, Tsitsipas and Rublev. The way they all move – it’s unbelievable. Of course, I’ve played against them and I know I also did it myself. But it’s true when you are hurt like I have been and now you’re in rehab, you watch this, you’re like: ‘How did I do it? How do they do it?’

“It is a gruelling, tough sport. No doubt about it. And I was very happy with what I saw at the US Open. Some great matches. Tennis always creates another great storyline when you dig deeper into the personalities of the players. I think they all have an amazing story. Tiafoe and Alcaraz. So I really enjoyed what I saw and I’m sure the future is bright for the game.”