Roger Federer went to his final Wimbledon in 2021 knowing he had ‘no chance’ of winning the Grand Slam for a ninth time, according to his coach Ivan Ljubicic. The tennis icon was ‘in pain’ and ‘dejected’ after losing at Halle just before his ill-fated last Wimbledon appearance.

Federer was beaten at Halle, his home tournament, by countryman Felix Auger-Aliassime the week before the Championships. The now-41-year-old was soundly seen off by the youngster.

Ljubicic has now revealed that Federer was in so much pain during that defeat due to his ongoing right knee issue. It seems remarkable that the Swiss still managed to reach the quarter-final, but he was bagelled by Hubert Hurkacz in his final-ever Grand Slam set.

“At Halle 2021, when he lost to Aliassime. He was in pain, he was dejected,” Ljubicic has now revealed.

JUST IN: Dan Evans shares what ‘king-like’ Federer is like behind the scenes 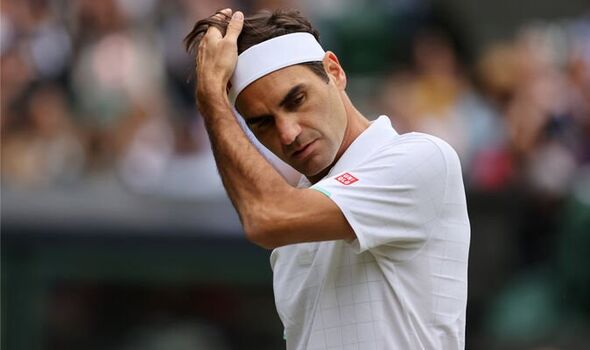 “He knew he was going to Wimbledon with no chance to win, and it was a great pain for him. We hoped for a physical miracle, but it didn’t come.”

Hurkacz stormed to victory over Federer in the quarter-final, which proved to be the legend’s final appearance at a Grand Slam. he spent over a year out after undergoing surgery on his right knee.

On Thursday, Federer revealed that he will retire from the sport after next week’s Laver Cup. He penned an emotional statement announcing his decision to move away from all Grand Slam and tour-level events, although promised to continue playing tennis.

An excerpt of the statement read: “I’ve worked hard to return to full competitive form. But I also know my body’s capacities and limits, and its message to me lately has been clear. 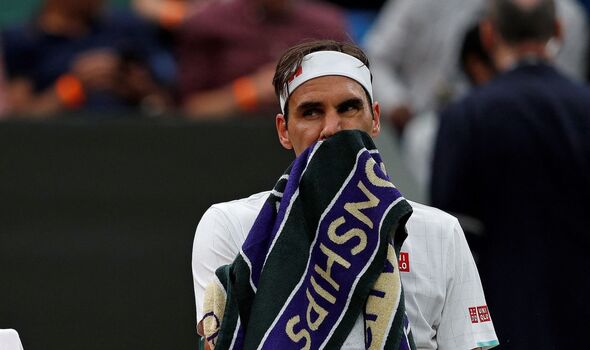 “I am 41 years old. I have played more than 1500 matches over 24 years. Tennis has treated me more generously than I ever would have drama, and now I must recognise when it is time to end my competitive career.

Federer’s last major public appearance at Wimbledon came during the tribute for the outgoing long-serving BBC presenter Sue Barker. At the time, the 20-times Grand Slam champion said he hoped to return for a final Wimbledon.

“It’s great to be here with all the other champions. This court has given me my biggest wins and my biggest losses. I hope I can come back one more time,” he said on-court.

“I’ve missed it here. I knew walking out here last year, it was going to be a tough year ahead. I maybe didn’t think it was going to take this long to come back – the knee has been rough on me.”