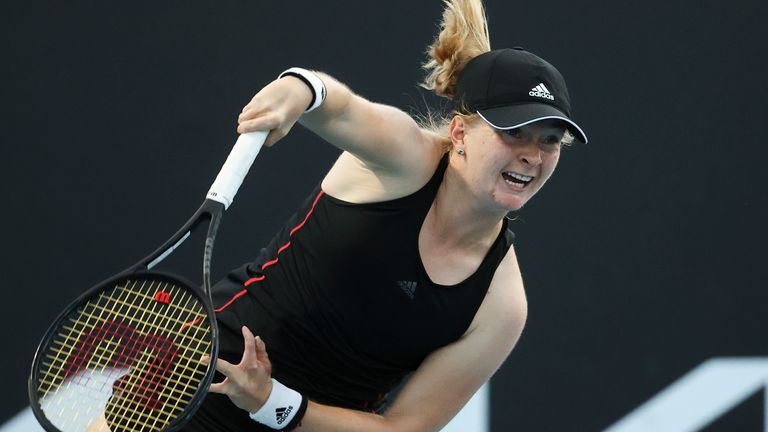 Britain’s Francesca Jones beat Zheng Saisai to register her first victory on the WTA Tour and first success against a top-100 player at the Phillip Island Trophy.

The 20-year-old, who was beaten in the first round of the Australian Open by Shelby Rogers on her Grand Slam debut, qualified for the one-off tournament with victory over Monica Niculescu on Saturday.

Jones beat China’s 11th seed Zheng, ranked 44, 6-2 3-6 6-2 in the first round on the grounds of Melbourne Park, and is guaranteed to break into the 200 in the rankings for the first time.

She will face Romania’s Patricia Maria Tig in the second round of the WTA 250 event.

Been a good day for Fran Jones beating Zheng Saisai 6-2, 3-6, 6-2 at the Phillip Island Trophy pic.twitter.com/i8nKLaz2UK

The American admitted to struggling under the pressure of defending her Australian Open title ended as she suffered a second-round defeat against unseeded Estonian Kaia Kanepi.

Katie Boulter was beaten 6-4 6-2 by Daria Kasatkina for the second time in a week at the Phillip Island Trophy on Saturday, after also suffering defeat to the Russian in the Australian Open first round on Monday.