Sofia Kenin and Elina Svitolina both progressed safely into third round of the French Open on Thursday.

The two players’ progression came on the day the world No 1 and 2019 champion, Ashleigh Barty was forced to withdraw from the Grand Slam due to a hip injury.

Later on Thursday Iga Swiatek will continue her title defence when she meets Rebecca Peterson. Coco Gauff, who lifted the girls’ singles title at Roland Garros just three years ago, will take to court against Qiang Wang.

Kenin has had a tough start to the season. The 2020 Australian Open champion underwent an emergency appendectomy in Melbourne in February and her record was 7-8 entering this clay-court Grand Slam.

In the first round, she was forced to go the distance against Jelena Ostapenko and she needed much of the opening set against Baptiste to problem-solve and decide how she was going to approach the rest of the encounter.

At five games apiece, Kenin broke to love and then went on an eight-point run in order to take a one-set lead. She then kept her foot on the gas to create a four-love cushion in the second set.

By this point. Kenin had got her eye in and she finished the set having won 85 per cent of points on her first serve and having hit 10 winners to just four unforced errors.

She will face fellow American Jessica Pegula next, after the 28th seed beat Tereza Martincova 6-3 6-3 on Court 11. 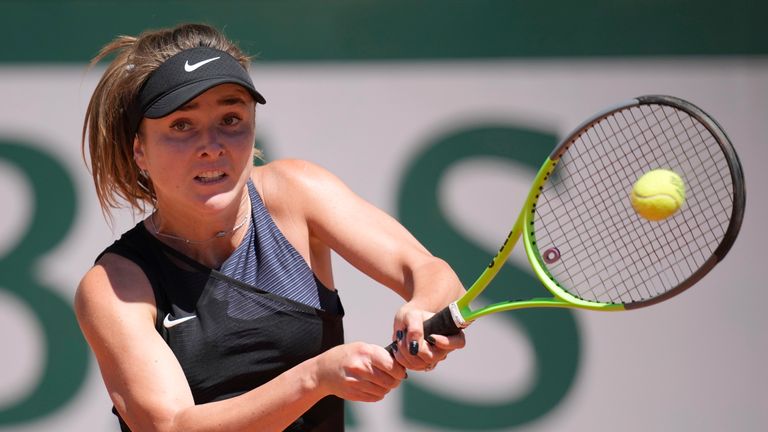 Elina Svitolina has now reached at least the third round in seven out of her nine appearances.

The fifth seed Svitolina booked a third-round meeting with Barbora Krejcíkova after prevailing over Li on Court Suzanne-Lenglen.

After racing through the first set and needing just 29 minutes to secure it 6-0, she suffered a loss of concentration.

The lapse in focus, coupled with Li swinging through on her forehand superbly, resulted in Svitolina facing a 3-0 and then, 4-1 deficit.

The world No 6 responded well though, and a final five-game run ensured her French Open campaign remains on track.