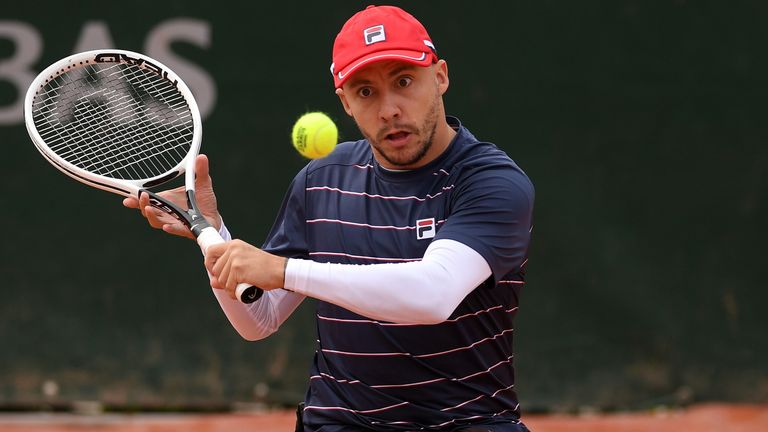 Britain’s Andy Lapthorne says he will be taking a break from tennis because of mental health issues.

The wheelchair star reached the French Open final in the quad division before losing 6-2 6-2 to Australia’s Dylan Alcott, who successfully defended his title.

Speaking after the match, the 29-year-old opened up about his struggles having lost both his aunties in the past year while other members of his family have been ill, which he says has been “really tough”.

“(It’s) probably going to be my last match for a while. I’m going to take a break from tennis for a bit, try to get my mind fixed,” said Lapthorne.

“I’ve been probably struggling now for nearly a year with things in the mind. Probably been a bit in denial as to what it actually is, what it was. Just try to tell myself to man up and go on with it. (I’m at) a point now where it’s becoming too difficult to do that.

“(I’m) happy to get to the final, happy to get through that match. If I’m honest, it was really difficult to get out of bed this morning and put myself in a position I did today, which was going onto a big court under high pressure live on TV against probably the best player that’s ever played in our division.

“I’ll go home now and I’ll go and speak to my guy that I speak to. We’ll see where we are. (I) hope that I can be back raring to go ready for Australia. But no guarantees right now, because I need to look after myself and I need to get right before I start coming out for these events again.”