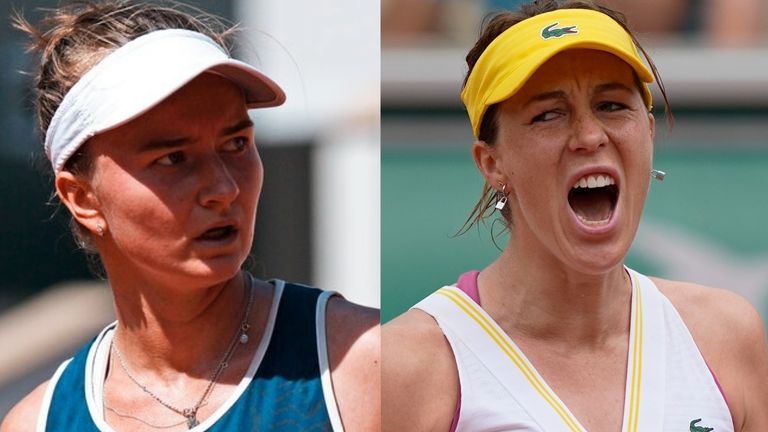 When both Barbora Krejcikova and Anastasia Pavlyuchenkova set foot on Court Philippe-Chatrier on Saturday, they will need to compose themselves quickly. The women will be in unchartered waters, and both will know that they are just two (or three) sets away from achieving their lifelong dream.

Neither has ever faced the other before in singles, nor do they know what it is like to be alone on court with a Grand Slam singles title being just one win away.

A first senior singles Grand Slam title would mean so much to both women. From round one, they have quietly gone about their business; both have knocked out higher-ranked opponents and surpassed many people’s expectations of them.

Now, it is all about which one can work with their coaches and team to get it right, just one last time in Paris…

The final is set. #RolandGarros pic.twitter.com/CVTFxdqUHB 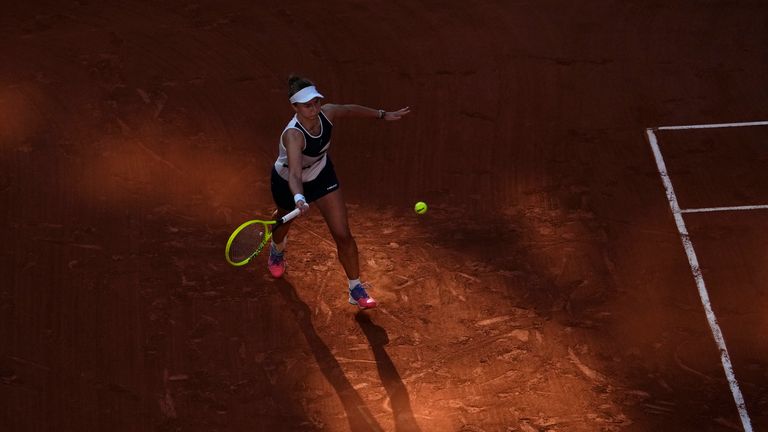 Krejcikova’s semi-final against Maria Sakkari will go down in French Open history as one of the best women’s semi-finals there has been.

For three hours and 18 minutes, the two players battled each other and themselves. Neither had reached that stage before and Krejcikova withstood a match point, and then needed five of her own to overcome her tenacious opponent.

Throughout this Grand Slam, Krejcikova has spoken openly about how much the late Jana Novotna has shaped her as a person and a player.

“I really want to thank Mr [Jan] Kodes for coming, for supporting me,” Krejcikova said after her 7-5 4-6 9-7 win over Sakkari. “He was texting me the whole week. Also, Martina Navratilova was sitting there, so thank you so much. I really appreciate it. You’re my heroes.

“And also, Jana Novotna from upstairs. She is just really looking after me and I really miss her. I really want to thank her. Because of her, I am here. It’s really important for me to say this out loud.” Krejcikova was not able to put her feet up after her semi-final victory, instead, she needed to prepare for the women’s doubles semi-final with her partner Katerina Siniakova.

It is a title the duo have won before, back in 2018, and despite the doubles (both women’s and mixed) adding a further eight hours and 58 minutes of court time for Krejcikova, the Czech athlete is ready for more.

“I just think it’s going to be a lot of fun,” she said about her singles final.

“I’m just really going to enjoy it, because I was never expecting to actually get this far during this tournament. I’m just going to have fun, enjoy and fight until the end.”

Barbora Krejcikova’s road to the final

‘What took you so long?’

At Roland Garros 10 years ago, a 19-year-old Pavlyuchenkova had reached the quarter-finals and faced Francesca Schiavone.

At 6-1 4-1 up it was all going to plan, before she lost her way and subsequently, the match. Little did she know then, that it would be a decade before she reached the same stage in Paris again. As an experience, that jarring day in 2011 could not fail to have left scars and that is perhaps why, during her semi-final against Tamara Zidansek, Pavlyuchenkova wobbled at a set and 4-1 up.

This time, with a decade of experience to fall back on – and not all of it having been positive – she regathered her composure and pressed on.

After securing the match point, Pavlyuchenkova took a moment at the baseline to take it in, after all, a Grand Slam final has been a long time coming. She is the first woman to play more than 50 majors, before reaching her first final. This year’s French Open main draw is her 52nd.

The 14-year-old me would say, like, what took you so long? It’s tough to really talk about it right now. I don’t know. It’s been a long road. I had my own long, special road. Everybody has different ways. I’m just happy I’m in the final and trying to enjoy it.

Pavlyuchenkova, who was the world junior No 1 aged just 14 and a junior Grand Slam winner, has not even let go of her goal of replicating that on the senior stage.

“As tennis players, winning a Grand Slam is the only goal I think we have in the head,” she said after her semi-final victory.

Anastasia Pavlyuchenkova’s road to the final

When it comes to these two maiden Grand Slam finalists’ head-to-head, it is a very short story. This will be the first meeting of their careers in singles.

There is just one place between them in the world rankings, with Pavlyuchenkova one ahead at 32. While the Russian has won 12 WTA singles titles, Krejcikova has just one to her name.

Barbora Krejcikova has now won 24 matches and lost just eight in 2021. Her semi-final victory created an 11-match winning streak, and she has won 13 of her last 14.

Anastasia Pavlyuchenkova is aiming to become just the fourth Russian woman to lift the Coupe Suzanne-Lenglen. She has beaten 37 top 10 players in her career, but has not yet made the top 10 herself.

The duo have met twice in doubles, once back in 2018 in Miami and more recently in Prague last year. On both occasions, Krejcikova and Siniakova overcame Pavlyuchenkova and her partner.

Perhaps the most fascinating aspect of this women’s final, will be how both women handle the occasion mentally as they are stepping into the unknown and the stakes are higher than ever.

For Pavlyuchenkova, it’s been an awful long time in coming, while Krejcikova has also had to show considerable patience to craft out a singles career, after breaking through so early in doubles. Both women have significant points to prove, and both have points of difference to draw upon.

Pavlyuchenkova has a big forehand and variety alongside it, while Krejcikova showed against Sakkari that she can absorb power and force an opponent to be uncomfortable, with high lofted groundstrokes back. Krejcikova’s doubles prowess also provides her with the softest of hands and touch at the net.

So, which athlete will be able to pull on the right levers, at the right times, inside the cauldron of pressure that is a French Open final?

Pavlyuchenkova has been working with a sports psychologist, Krejcikova is clearly inspired by those who are in her team and sadly, those who are not here anymore.

If there was ever a sporting contest that could be decided by the two top inches, then this is the one.