Home » Tennis » French Open: Cam Norrie’s run at Roland Garros comes to an end at the hands of Rafael Nadal In the third meeting of the season between the pair, Norrie once again acquitted himself very well against the great Spaniard on clay, but the outcome was the same as in Australia and Barcelona, with Nadal coming out victorious.

The world No 3, who is chasing a record-extending 14th title at Roland Garros, sealed a 6-3 6-3 6-3 win to set up an intriguing fourth-round clash against young Italian prospect Jannik Sinner. Norrie came into this year’s Slam having been on impressive runs to the finals of clay-court events in Estoril and Lyon, and headed into his match with Nadal calling it the toughest challenge in sport.

He gave it a good go but only had nine games to show for his efforts as the Spaniard reached the fourth round for the 50th time at a Grand Slam.

A blockbuster fourth-round clash has been booked! #RolandGarros pic.twitter.com/4LnZebV5QB

Italian teen sensation next up for Rafa Nadal will next face Sinner for the second year in a row at Roland Garros after beating him in the quarter-finals last year.

Sinner racked up 44 winners to charge into the fourth round with a 6-1 7-5 6-3 victory over Sweden’s Mikael Ymer.

Sinner, seeded 18th, had too much poise and power for Ymer as he joined fellow Italian teenager Lorenzo Musetti in the last 16.

In the men’s doubles, Jamie Murray and Bruno Soares were dumped out of the tournament after a 6-3 3-6 6-3 defeat to Kevin Krawietz and Horia Tecau. 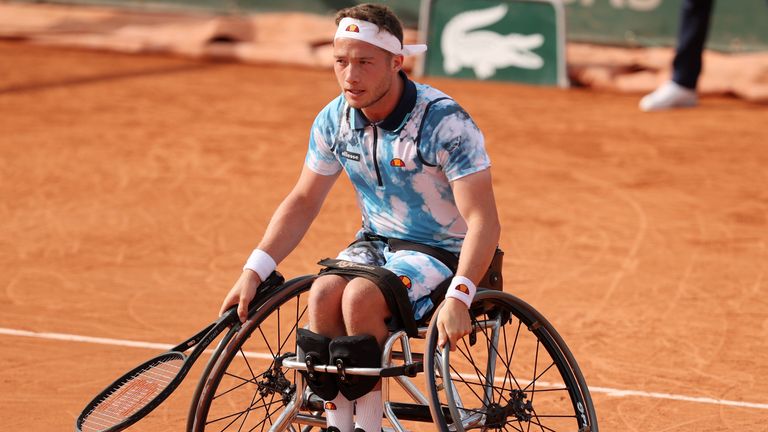 In the men’s wheelchair singles semi-finals, defending champion Alfie Hewett trailed 5-1 in the deciding set and then faced three match points in the tie-break only to pull off a 1-6 7-5 7-6 (8-6) victory against Gustavo Fernandez.

“I’ll never forget this. I think for me this was the match of my life. So far,” said the 23-year-old Norfolk athlete.

In the final, he will take on Japanese top seed Shingo Kunieda, who also came from a set down in a 5-7 6-0 6-4 victory over Stephane Houdet.