Having not won a match at the French Open prior to this year, Russian Medvedev has now dropped just one set in three contests, with his latest success a 6-4 6-2 6-4 victory over Opelka.

The 23-year-old is even taller than John Isner at 6ft 11inches and enjoys playing on clay but this was Medvedev’s day, the Russian firing 28 winners and breaking Opelka’s serve five times to move into the last 16.

“Clay at Roland Garros feels great this year,” said Medvedev. “As I said after the first round, now I know that to beat me, the guys have to play well. I am definitely happy with my game and my return today, because I actually hit more aces than him. That’s a great achievement.” 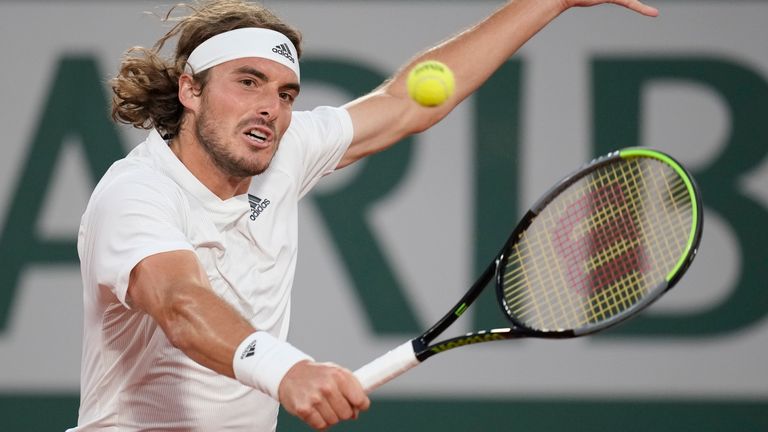 Stefanos Tsitsipas thwarted the firepower of John Isner to make it through under the lights of Court Philippe Chatrier.

American Isner played a brilliant first set before the Greek wore his opponent down to win 5-7 6-3 7-6 (7-3) 6-1 and set up a clash with Spanish 12th seed Pablo Carreno Busta.

Tsitsipas said: “He’s a big guy who hits amazing strokes. I can learn a lot playing against him, he’s one of the toughest guys to play. His serve is obviously a big obstacle.

“I didn’t have the best start. Things started going my way in the second set, I started finding my returns, feeling my game a little bit better from the baseline. I think my head cleaned up and led me to that important victory.”

Ruud had reached at least the semi-finals of his previous four tournaments and was tipped as a dark horse but it was Davidovich Fokina who came out on top, saving a break point in the final game with an underarm serve. German sixth seed Alexander Zverev beat Laslo Djere 6-2 7-5 6-2 after a remarkable comeback in the second set to set up a last-16 clash with Kei Nishikori.

Zverev found himself 5-2 down in the second set when he roared back into form to win five games in a row.

Federico Delbonis advanced to the fourth round of a Grand Slam for the first time in his career after a 6-4 6-1 6-3 win over Italian 27th seed Fabio Fognini, who made 53 unforced errors.