Home » Tennis » How to watch the Australian Open like an expert

There is a good chance you will be watching tennis into the wee hours of the morning over the next two weeks as the Australian Open steals your sleep and dominates your discourse.

But this year will be more interesting. This year, you will watch with an educated eye and know what to look for as you indulge in five-set thrillers from the comfort of your couch. I am going to teach you tennis strategy in seven simple lessons.

For example, I am sure you will have noticed that players often hit a backhand, then on the following shot from the same spot on the court, they move around and hit a forehand. Why do they do that?

Or that players mostly enjoy the perceived safety of playing from the baseline, and then out of nowhere they charge to the net in search of victory. Where did that come from?

The 2023 Australian Open is about to light up your living room. Let’s raise your tennis IQ with these seven lessons. 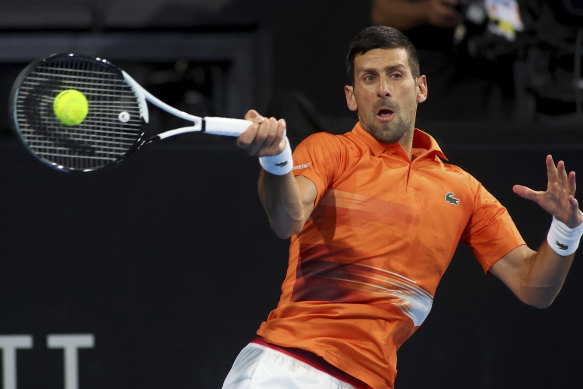 Novak Djokovic’s forehand won more than twice as many points as his backhand at the 2021 Australian Open.Credit:AP

Nine-time Australian Open champion Novak Djokovic has arguably the best backhand in the world. But who cares.

When Djokovic last won the “Happy Slam” in 2021, he struck 98 forehand winners and 45 backhand winners. That’s why you see players running around backhands to hit forehands. They desperately seek to upgrade. The forehand is the sword. The backhand is the shield. The sword accounts for about two out of every three winners from the back of the court.

Lesson 2: Tennis is a game of errors

The Australian Open features the best players on the planet, who rally back and forth ad nauseam on the practice court with precious few mistakes. Then matches start, and errors flow.

Because errors are so prevalent, it’s much smarter to make opponents uncomfortable and force mistakes than chase winners. Obsess over the bigger pool of points.

You are on your couch, eyes glued to a fantastic late-night match. Player A smacks a big forehand that Player B can’t handle. The ball goes into the net because Player A made Player B “uncomfortable”. There are actually eight ways to make the opponent uncomfortable and extract an error.

These eight elements are the holy grail of tennis. If a player hits a shot that contains just one of these eight, such as depth, they will have gained the upper hand in the point. If their shot includes two or more qualities, such as power and direction, they will be standing inside the baseline hitting with authority when the weak ball comes back.

If they combine three elements – such as height, spin and court position – the ball doesn’t come back.

Knowing a little about rally length goes a long way to boosting your newfound tennis credibility. Your tennis friends will undoubtedly be impressed by the longer lactic-acid-inducing 20-plus-shot rallies. But you know that winning the short rallies is the best way to walk off court with a victory.

The study of rally length started at the 2015 Australian Open and shook the foundations of the sport because of just how many short rallies occur.

Seven points out of 10 are contested by players hitting the ball a maximum of two times each (four-shot rallies) in the court. The data also blew the doors off the myth that winning long rallies equated to winning matches. There are, typically, not enough long rallies to make a difference. 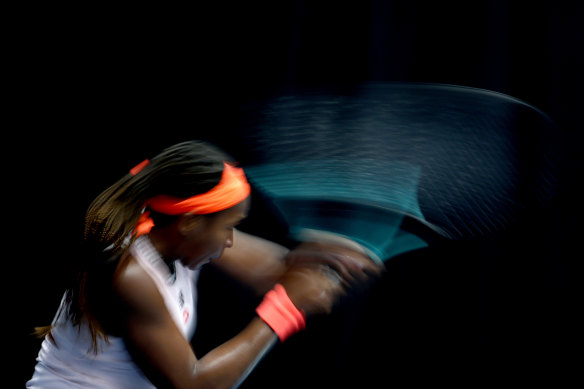 The mode simply means the most common value in a data set. We can predict with certainty that the most abundant rally length at this year’s Australian Open will be the same as last year, and the year before that.

One shot in the court. No more. No less.

This is an excellent trivia question to score some serious tennis street cred. Ask someone which rally length is the most frequent, and the typical answers are from four to eight shots.

As you can see from the table above, one-shot rallies are incredibly frequent in a match (30 per cent). The next closest rally length is three shots at 15 per cent.

Lesson 6: You win a higher percentage at the net than the baseline

The baseline seems like a safe haven for players, while the net seems a risky place to win points. Nothing could be further from the truth.

If you rally from the back of the court, you are lucky to win half of your baseline points. But players with the courage to move forward win about two out of three points. The net has always been a fun, prosperous place to win points and nothing has changed statistically to think otherwise.

No tennis strategy has been more maligned and misunderstood than the serve and volley. Pundits say it belongs to another era and is too difficult to employ in today’s game. It’s simply not so.

Both men and women won about two out of three points serving and volleying at last year’s Australian Open. That is a far superior tactic than serving, staying back and trying to eke out a living from the baseline to hold serve.

These are the seven basics of tennis strategy and, as always, they will be the key to winning at this year’s Australian Open.

For daily updates of all the tennis action during the Australian Open, sign up for our Sport newsletter here.