Nick Kyrgios messaged Carlos Alcaraz with a simple three-word message after the teenager sensationally won the US Open on Sunday. Alcaraz defeated Casper Ruud to a stunning run in New York as he won his maiden Grand Slam title and clinched the World No.1 spot atop the ATP rankings.

With his win, Alcaraz became the youngest man to become World No.1 at 19 years four months and six days. He has flown up the rankings after bursting onto the scene last year, and is deemed one of the greatest young talents to arrive in tennis.

A few days before the fourth and final major of the year got underway, Kyrgios took to Instagram to pick the prodigious Alcaraz to win the US Open. In a press conference after the final, Alcaraz was asked about the Australian’s choice. 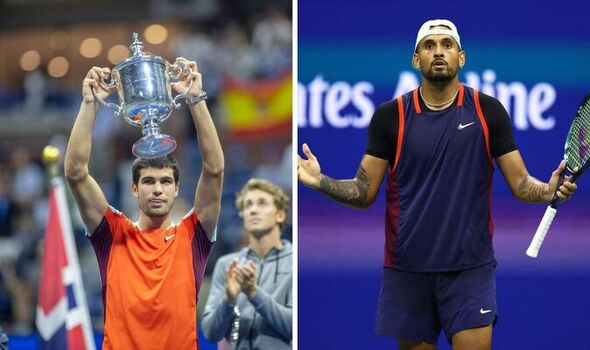 Alcaraz revealed he had already received a message from the 27-year-old. The message was short and sweet, with Kyrgios simply saying: “I told you.”

The 19-year-old said: “Honestly, I checked the DM of Instagram. I saw Nick Kyrgios’ message. I didn’t read the whole message, but I read that he said, ‘I told you’.”

Alcaraz also became the youngest Grand Slam champion since compatriot and 22-time major winner Rafael Nadal, who won the 2005 French Open just two days after turning 19. It was also Ruud’s – who is the new World No.2 – second defeat in a major final after he lost to Nadal at Roland Garros earlier this year. 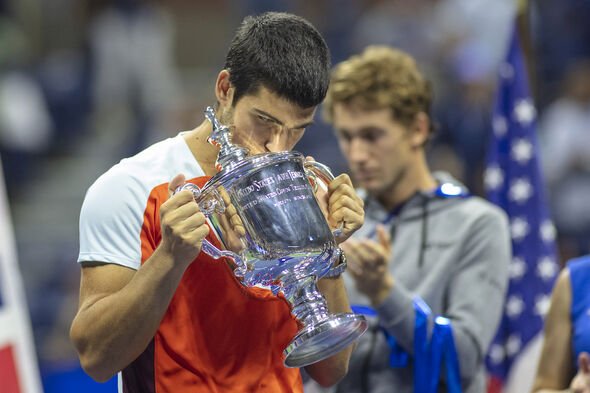 Alcaraz has enjoyed a terrific season, climbing to top spot in the rankings after starting the year in 32nd. He thanked his friends, family and team for their love and support while soaking in the incredible moment.

“This is something I have tried to achieve. All the hard work I have done with my team and my family. I am just 19 years old, all the tough decisions have been with my parents and my team as well. It is something that is really special for me.”