Home » Tennis » Legend and the superpower: Williams, Osaka put past behind them ahead of Open battle

More than three years since last clashing with Naomi Osaka at a major, Serena Williams is still the legend of the sport chasing a 24th major. Osaka, however, continues to develop into a superpower.

Their last grand slam meeting was the memorable – and controversial – 2018 US Open final, the first of Osaka’s three slams. They are now the two most recognisable faces in women’s tennis.

“Both women are used to getting their way against their opponent,” Martina Navratilova told the Tennis Channel about Thursday’s blockbuster semi-final. 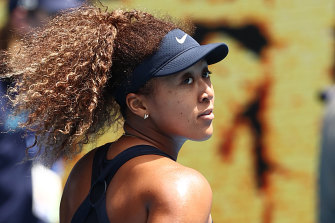 “It will be interesting to see who can get on top before the other one.”

Osaka is favourite to win both Thursday’s semi against Williams and to go all the way to the title, although Williams was ominous in dispatching Simona Halep on Tuesday night, winning 6-3, 6-3.

“One thing that Osaka has, that Halep among others doesn’t have, is the topspin forehand,” said Navratilova.

“It really [rises] away from you, you have to cover the court, you have to make an extra step, to get to it. But it’s going to be hard to find those openings.”

“Both women are used to getting their way against their opponent.”

Three years ago on that New York night, Osaka was caught in the middle as an extraordinary spat between Williams and chair umpire Carlos Ramos unfolded on Arthur Ashe Stadium.

Osaka, then aged 20, almost played the role of bystander to her own moment of triumph.

“Let’s give everyone the credit where the credit’s due, and let’s not boo any more,” Williams said during the trophy presentation, amid a cacophony of jeers from the stands.

“We’re going to get through this, let’s be positive. Congratulations Naomi. No more booing.” 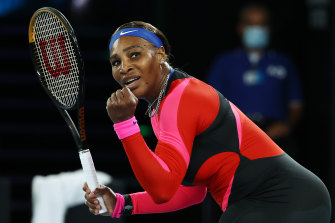 It was also the second of Williams’s four trips to the final at any of the majors since she won the 2017 Australian Open, secured while she was in the early stages of pregnancy with daughter Alexis Olympia Ohanian Jr.

Osaka is creating an enviable record once she gets cracking at the slams: each time the 23-year-old goes as far as the quarters she wins the whole thing.

Not that the 2019 Australian Open winner is paying that statistic much due.

“For me, I don’t really care about the – what would that be called – the stat, yeah, thank you. Just because I’ve only been to, I guess, four quarter-finals,” Osaka said. “It feels something like 20 – that would be cool. But four, it’s not really doing too much for me.

“I would be more impressed if I didn’t lose in finals, if it says 10-0 in finals. But the fact is if I don’t reach the finals, I lose in the fourth round or the third round. For me, I’m happy to be more consistent.”

There won’t be any extra homework pre-match for Osaka, who said she always watches her opponent’s matches.

“I grew up watching Serena, [Roger] Federer, [Rafael] Nadal. It’s just more of a habit than anything,” Osaka said.

“But I feel like everyone in the tournament watches her. Like, whenever I go to the locker room or whatever, there’s always just people lounging around and stuff.”

Brimming with confidence after the win over Halep, Williams was asked about Osaka’s game.

“I think she’s a very strong player. You know, I feel like she does everything well. She has a good serve, she has a great return, she’s strong on both sides,” the American said.

On their relationship on the tour and those events at Flushing Meadows that had Osaka in tears, Williams said: “I think we both have had closure, and we have reached out to each other. I have definitely reached out.

“Off the court, it’s hard. I think she’s a great competitor and she’s a cool cat.”