Andy Murray was once so far ahead of the Britpack that he hardly ever faced a compatriot, and did not lose a match to one over a 12-year period.

Times have changed, and when he tackles GB No 1 Dan Evans for the first time on Saturday afternoon he will be staring at a deficit of 101 places in the rankings.

Neither he nor Evans has been keen to cast himself as favourite for their semi-final in the ‘Battle of the Brits’ at Roehampton. 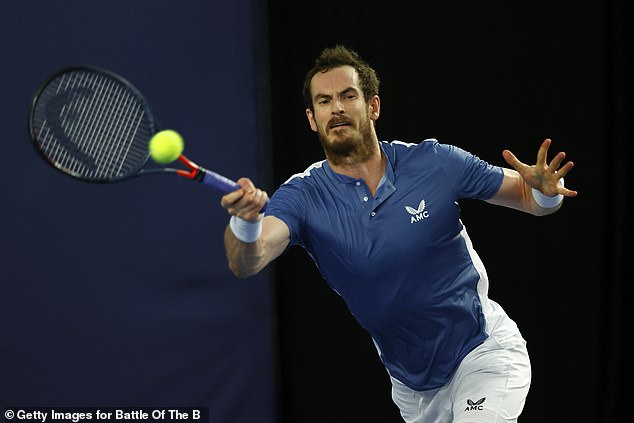 Given that Murray’s hip has held up well so far this week he naturally has a decent chance, but it is not like that period between 2006 and 2018 when he was an untouchable presence among his fellow countrymen.

Evans’s conversion to high standards of professionalism has taken him to No 28 in the world and won him another prize: the respect of the UK’s most decorated tennis player.

‘I like watching him and he plays really, really well, moves well and has a different game style from a lot of guys on the tour,’ said Murray of his opponent.

‘I would say probably that from where he has come from, with the issues he has had off the court, he has done extremely well to get up there. He will give himself opportunities, for sure, to get higher in the rankings because he will go out there and compete every single week. 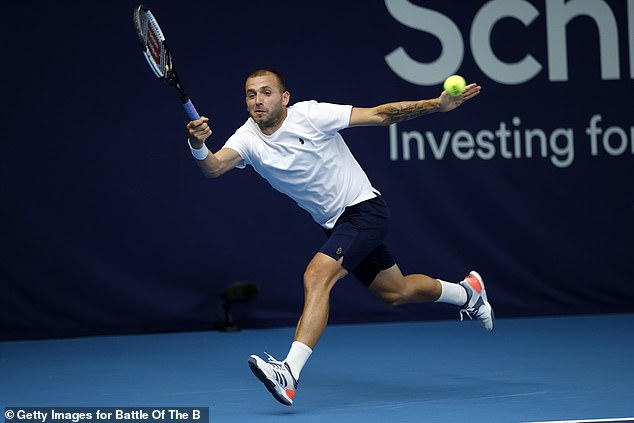 ‘He fights really hard on the court all of the time, when maybe in his younger years he would have been more up and down. He seems very focused on his tennis.’

Despite the title of this week’s event Murray is keen that people keep Brit-only encounters in perspective.

‘When I played Tim Henman for the very first time, that meant a lot to me,’ said Murray. ‘I was young at the time and he was someone I looked up to a lot. But tennis is a global sport and sometimes we have a tendency to focus on what is going on with just the British No 1.

‘What is impressive about Dan is that he is ranked No 28 in the world — I think that is a brilliant achievement. Being ranked highly on the global scale is what tennis is about for me. 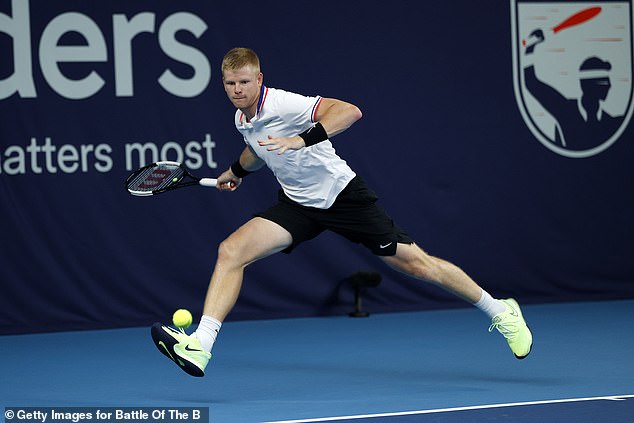 ‘I would imagine he would go into the match as the favourite right now.

‘My hope is that in a few months when we are back on tour competing, that I will be up at that level and feeling a bit more that I will be going into those matches expecting to win.

‘For me, this week is about getting matches and hopefully feeling good at the end of it in my hip. My mind is on being ready for the US Open — this is part of that process.

‘In terms of playing the British guys, I never really bothered that much about it.’

There are no surprises in the line-up of the last four and the other semi-final will feature Cam Norrie against Kyle Edmund. In what was effectively a group play-off on Friday, Norrie dispensed a sobering 6-0, 6-2 beating to Paul Jubb.