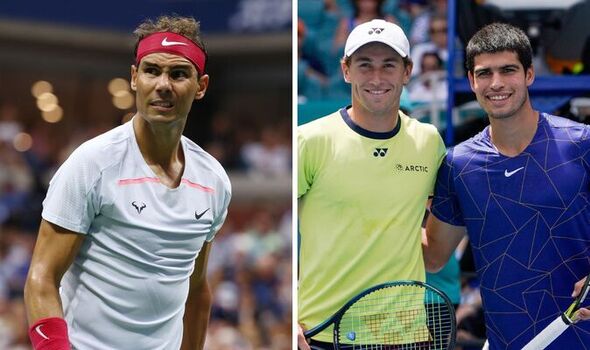 Rafael Nadal has partly caused his own misfortune by giving Carlos Alcaraz and Casper Ruud the motivation to reach the US Open final, allowing them to deny him the chance of becoming world No 1. The 18 and 23-year-olds will battle it out for a maiden Grand Slam title in Sunday’s final and the winner will also make their debut at the top spot of the rankings.

Nadal was in with a shot at returning to world No 1 for the first time since February 2020 during the current US Open, but his fate was left in the hands of Alcaraz and Ruud after he was knocked out by Frances Tiafoe in the fourth round. The 36-year-old could only reach the top spot if neither man made the final, but both have found themselves in the championship match and will battle it out for the title and the ranking.

And both men have taken motivation from Nadal himself, with the 22-time Major champion shooting himself in the foot by helping Alcaraz and Ruud reach the US Open final and earn the chance to become world No 1. The Norwegian is playing his second Grand Slam final after losing to Nadal at the French Open earlier this year, and said it was that defeat that helped him have the mentality to return to another final just months later.

“After Roland Garros I had extremely positive feelings and a lot of good things were happening in my life,” the current world No 7 told Eurosport after his semi-final win over Karen Khachanov. “But at the same time, I was able to think ‘this is a great result, but it might not ever come again’.”

JUST IN: Federer retirement ‘hope’ set out by Roddick in ‘high levels’ warning 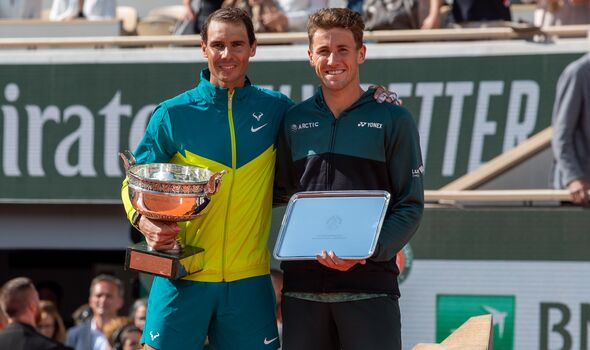 With Ruud remaining humble over his chances of reaching another Grand Slam final, he was able to plug away on the tour and found himself back with the chance to win a Major title just three months later, as he added: “Grand Slam finals don’t come easy but I, of course, tried to stay humble, kept working hard and to be back in a final four months later, it seems a little surreal.”

As well as motivating Ruud to work harder after beating him in the French Open final, Nadal also predicted that Alcaraz would reach world No 1 and win multiple Grand Slams ahead of their Indian Wells clash earlier this season. “Carlos is a great guy and he is a potential No 1 player and multi-Grand Slam winner without a doubt, no? 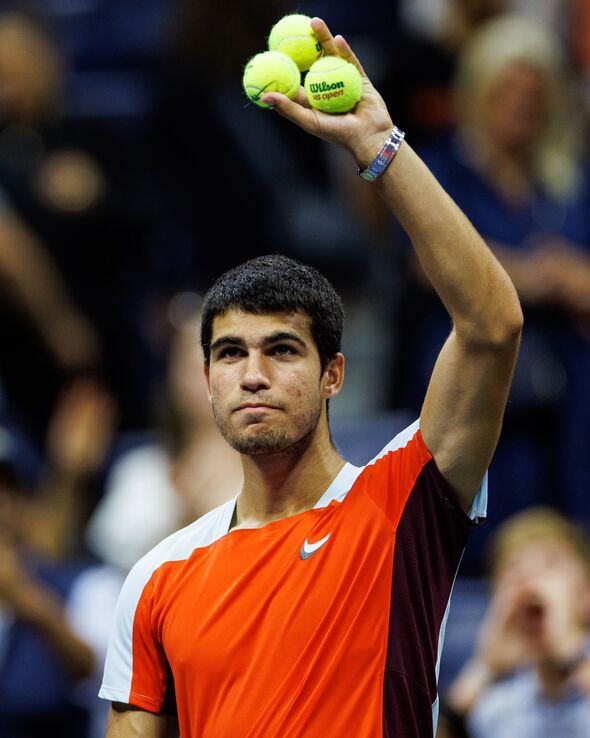 “So it’s great that in Spain we have a player like him,” Nadal said before winning their Indian Wells semi-final, with Alcaraz going on to win the very next tournament in Miami. The 19-year-old then defeated the world No 3 in their next meeting at the Madrid Masters, going on to lift the title there.

Alcaraz is now bidding to become the youngest world No 1 in ATP history and only teenager to reach the top spot, while Ruud would make the biggest ranking jump in history for a player climbing to world No 1, currently sitting six spots below at No 7.