World No 2 Rafa Nadal is still struggling with the back injury that ruled him out of this week’s ATP Cup but is hoping for some improvement before his first-round match at the Australian Open on Tuesday.

The 20-times Grand Slam champion pulled out of Spain’s ATP Cup tie against Australia on Tuesday with a lower back problem and said later in the week he was still far from the level required to play at the year’s first Grand Slam.

Asked about his fitness, 34-year-old told reporters on Sunday: ‘Not great, obviously, because if not I would have been playing at the ATP Cup,’ adding that he had been ‘suffering’ for 15 days. 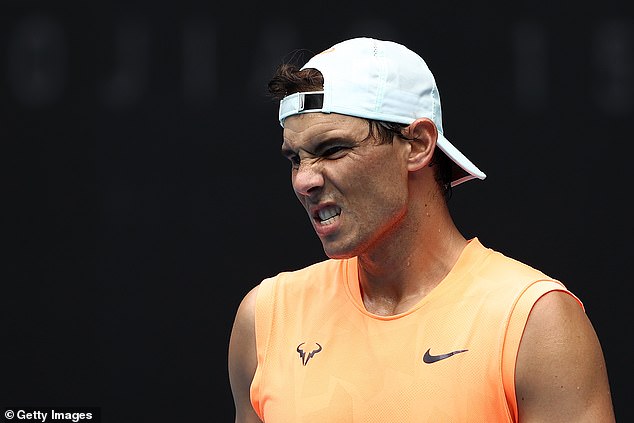 Nadal, who has suffered regularly from back injuries throughout his career, said he was not contemplating pulling out of the year’s first Grand Slam.

‘I don’t think about not playing,’ he added. ‘The thing is about in which condition I going to start the tournament, no?

‘Is not serious, but the muscle is still tight, so is difficult to play with freedom of movements today. Let’s hope situation keep improving.

‘We are doing everything. My physio is here, the doctors here, everybody is helping me in all possible ways.’ 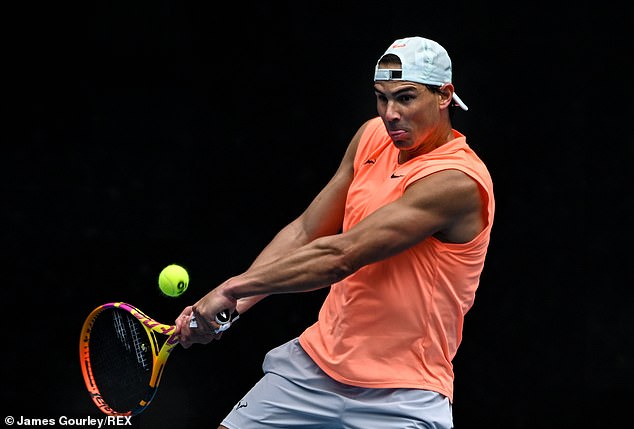 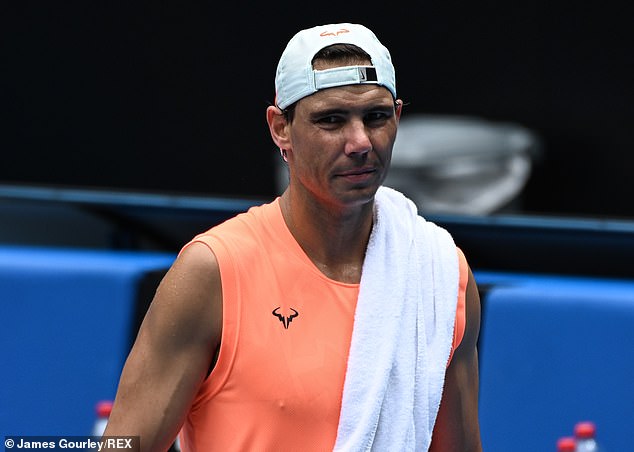 Nadal said he sustained the injury during quarantine but was not sure whether the enforced 14 days of isolation in an Adelaide hotel had contributed to his problem.

‘I don’t know,’ he said. ‘I don’t want to think about that. That’s what happened. Normally I’m not a big fan of finding excuses or reasons about why this other thing is happening.’

With Roger Federer deciding to skip the Australian Open this year as he recovers from knee surgeries, the door is open for Nadal to move out of a tie with his great rival on 20 career Grand Slam titles.

Nadal has won the Australian Open just once, in 2009, but played the longest Grand Slam final ever against Novak Djokovic in 2012 at Melbourne Park and lost the 2014 title-decider to Stan Wawrinka after injuring his back in the warm-up.

The Spaniard is scheduled to get his campaign underway on Tuesday with a first-round match against Serbian Laslo Djere.

‘I hope to be ready, that’s all,’ he said. ‘I know sometimes things change quickly. I going to keep staying positive and keep doing everything I can.’