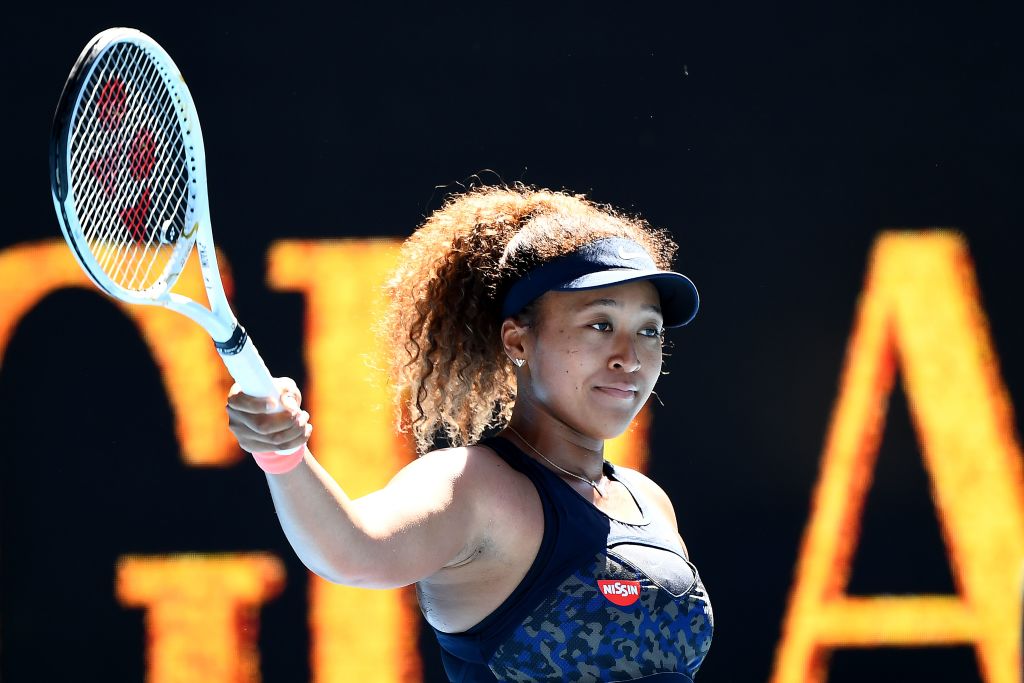 Naomi Osaka maintained her remarkable unbeaten streak beyond quarter-finals of Grand Slams as she reached the Australian Open final by defeating Serena Williams.

Osaka, the three-times Grand Slam champion from Japan, will face USA’s Jennifer Brady in her fourth major final after a 6-3 6-4 win on Thursday afternoon in Melbourne.

The reigning US Open champion, 23, got off to a nervy start, falling an early break down to Williams, 39, but quickly regained her composure to eliminate her idol in straight sets.

‘I was definitely really nervous,’ said Osaka. ‘I don’t know. It’s very intimidating to serve for the first game and see her on the other side of the net.

‘For me, I felt like I just started making way too much unforced errors because I was worried about what she would do if I were to hit a soft ball.

‘Yeah, I think when it was like 2-0, I was just telling myself to control what I can control and try to play within myself instead of thinking about what she would do or anything like that.’

Osaka has yet to lose a major final, having won two US Opens and one Australian Open, and is widely considered to be the best hard-courter on the planet.

Asked to explain her unbeaten record in the biggest matches, she replied: ‘I only played in three of them.

‘For me, I have this mentality that people don’t remember the runners up. You might, but the winner’s name is the one that’s engraved.

‘I think I fight the hardest in the finals. I think that’s where you sort of set yourself apart. It’s the other person won as many matches as you did. It’s something that I think – I don’t know, it’s like the biggest fight.’

Osaka and Brady – who beat Czech Republic’s Karolina Muchova in three sets – played out one of the finest matches of 2020 in the semi-finals of the US Open – a win the Japanese hailed as one of the most memorable of her career.

‘It’s easily one of my most memorable matches. I think it was just super high quality throughout,’ said the third seed.

‘It’s the only match that I’ve ever played her. But at the same time I haven’t really watched many of her matches, but I do know that I play a little bit different now. I think my returns are better. I think I go – I’m not going to expose myself.

‘Yeah, I think I just play different now. I can’t fully base everything on that match, but definitely it’s something to reference.’