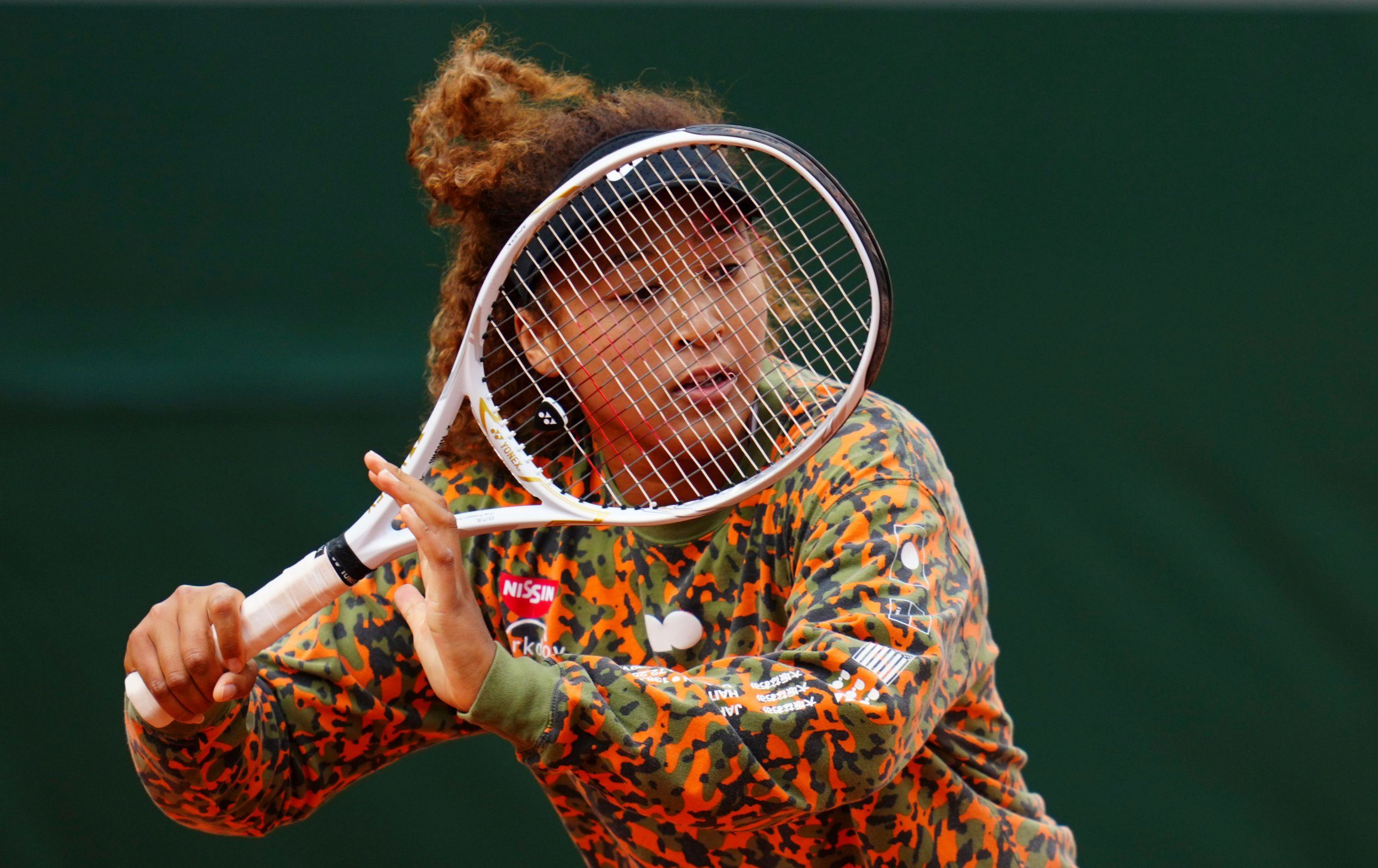 A very dangerous precedent has been set by the world’s highest-paid female athlete, 23-year-old Naomi Osaka, who has decided she will not speak to the press during the French Open.

Why does it matter? Osaka is a winner of four grand slams and is the No.1 draw card for women’s tennis for the foreseeable future. Only two days ago, former world No.1 Justine Henin was saying how comfortable she was women’s tennis was in such good hands — and now this.

This self-imposed barrier between Osaka and the media is hugely destructive and a massive commercial blow to everyone in the sport. She is only one player but is also a one-woman global industry.

In 2019 she made £30million or thereabouts before hitting a ball. Osaka must come to understand the relationship between those earnings and the health of the sport. Rewards like this are partly to do with what she says, how she presents herself, how she is marketed and her background.

Broadcast deals and media rights which bankroll the sport — and Osaka personally — are signed on the back of her popularity, not just her backhand, and if she cuts the cord between her and the media then both sides will be starved of what they both need and the value of the product decreases.

Simply put, if she doesn’t talk the world is less interested in tennis. I understand she is often asked stupid questions and that it takes time and patience to deal with media requests but she is the top of the food chain and this is part of the deal.

There is a whole eco-system beneath her that depends on her contribution. Osaka says the press ‘have no regard for an athlete’s mental health and this rings true whenever I see a press conference or partake in one’. The implication is her mental health is affected by press conferences. Is it possible to refute that statement or to criticise her without condemnation in this era of social justice awareness and activism?

Osaka has a powerful voice and she has used it to support the Black Lives Matter movement. The last thing we want from Osaka, and the thing that would upset her most, would be for her to be silenced and yet silence is what she is going to give the media at Roland Garros.

Can anyone else see the irony of this position?

I just can’t see Serena Williams winning a major tournament on clay at this stage of her career.

Her preparation appears sporadic and her commitment to the sport and the work that goes with it just seems slightly less than 100%.

But what all the other players in the draw understand is Serena’s 99% is enough to beat 99% of them.

She has been a semi-finalist at the last two grand slams, so watch out at Wimbledon for that record-equalling 24th major win.

My favourite for the title is Iga Swiatek, the defending champion who won without dropping a set as a teenager last year. Such was the state of the world that her triumph went largely unnoticed outside of tennis but it may have marked the beginning of a clay-court dominance.

Another to watch closely is former champion Ash Barty. Rather like Dan Evans in the men’s draw, the Australian’s game has a retro feel to it. Her backhand slice gives opponents nightmares and is so effective because it is so rare these days.

And keep an eye on Naomi Osaka, of course. You can still watch her, even if you can’t hear what she has to say.

Jamie has a right to speak out but perspective needed

I haven’t been invited to Jamie Murray’s hotel room for two reasons. One, I’ve not been asked to inspect it and two, I’d be breaking the biosecure bubble.

According to Jamie, the Paris hotel for doubles players is ‘absolute toilet’. Now, I am sure the room is not ideal and it feels more like a prison cell but, as well as the room issue, Murray also laid into the French Tennis Federation for cutting doubles prize money by 23%, thus demonstrating they don’t give a ‘****’ about the format.

Murray is well placed to offer fair comment. But also fair is the right of reply for others including Greg Rusedski who has no sympathy. He puts the decrease in prize money down to organisers facing huge pandemic-related losses, and supply and demand. He says that if doubles players can demonstrate their commercial worth then they would have a stronger case for maintaining prize-money levels.

My view is everyone is going stir crazy and frustrations are building. I wonder in hindsight if Murray, an intelligent observer of the game, might reconsider his tweets.

There are way too many people who have lost too much, including their lives and livelihoods, to worry much about a highly paid sportsman taking a pay cut.

Paris master Nadal is the man to beat

There are so many records that one can regurgitate with regards to the top three players in the game but I would guess if you asked the locker room to pick the one related to Nadal, Roger Federer and Novak Djokovic that is most impressive, Nadal’s 13 titles in Paris would be the choice of the majority.

He has won 98 and lost only two matches at Roland Garros. It is hard enough to win one point on clay, let alone 98 matches against world-class opposition over five sets.

His greatest challenge this year will probably come from Djokovic and they are in the same half of the draw. Stefanos Tsitsipas is a threat having had match point against Nadal in Barcelona and won the Monte Carlo Masters and Rome Open.

Meanwhile Federer, 39, just hasn’t played and he has already stated the goal he is building towards is Wimbledon.

How to get your Metro newspaper fix

Metro newspaper is still available for you to pick up every weekday morning or you can download our app for all your favourite news, features, puzzles… and the exclusive evening edition!